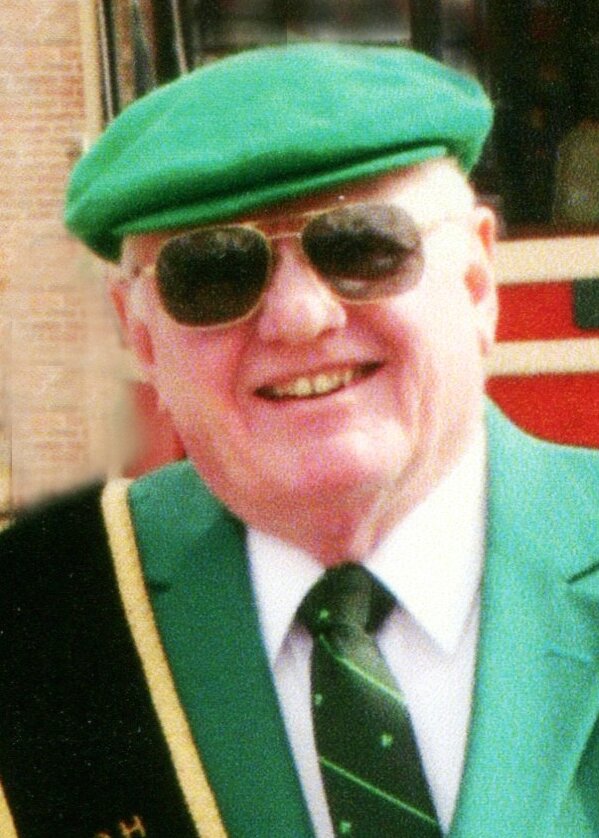 Please share a memory of Bill to include in a keepsake book for family and friends.
View Tribute Book

Visitation will be held from 2 – 6 p.m. on Sunday, January 1, 2023 at Kramer Funeral Home in Dyersville where American Legion Post #137 will conduct a military service at 6 p.m.  Ancient Order of Hibernians will conduct a prayer service at 3 p.m. Visitation will continue on Monday, January 2, 2023, at Kramer Funeral Home from 9 - 10 a.m. prior to funeral mass.

Funeral mass will be held at 10:30 a.m. on Monday, January 2, 2023 at St. Francis Xavier Basilica in Dyersville. Burial will be held at a later date. Rev. Philip Agyei will officiate.

Bill was born on July 9, 1934 in Bloomington, IL, the son of William “Rex” and Kathryn (Green) Rediger.  The family moved to Clinton, Il in 1936. Bill attended St. John the Baptist Grade School and two and a half years at Clinton Community High School.

The family moved to Dyersville, IA in 1951 where Bill’s dad was district manager for Iowa Telephone and Telegraph. Bill completed his education at St. Francis Xavier High School in 1952. Following graduation, Bill enlisted in the Navy, serving 4 years. He completed boot camp at the Naval training Station in San Diego, CA; Aviation Prep School in Norman OK, then Aviation Ordinance School in Jacksonville, FL. In 1953, he was transferred to North Island Naval Air Station in San Diego.

Bill was one of the first 200 crew members at the recommissioning of the USS Lexington, Bremerton, WA. He served aboard the USS Lexington beginning in May, 1955 until his honorable discharge in 1956. He toured the Pacific during this time with stops in Japan, Hawaii, and Okinawa.

Upon his discharge, Bill worked for General Telephone for 37 years. He took early retirement in 1979 and became a partner in Dymens Clothing for three years. In 1983, Bill began employment at the Dyersville Commercial and worked as a reporter/photographer until his retirement in 2013.

He was very active in his community. He was one of the three organizers of the St. Pat’s parade in Dyersville, a lifelong member of the American Legion Post #137, an original member of the Dyersville Chapter of the Ancient Order of Hibernians and a past president. Bill enjoyed volunteering, taking Wedding and First Communion photos, and especially, spending time with family and friends.

He was preceded in death by his wife, Liz in 2021, his parents and parents-in-law, Linus and Valeria Koopmann, sisters: Mary Kay Ashburn, Betsy Rediger, and a sister-in-law, JoAnn (Morry) Rowe.

In lieu of flowers, memorials are preferred to St. Francis Xavier Basilica or Beckman High School.

The family would like to thank the staff at Ellen Kennedy Center, Hospice of Dubuque, and MercyOne Senior Care.