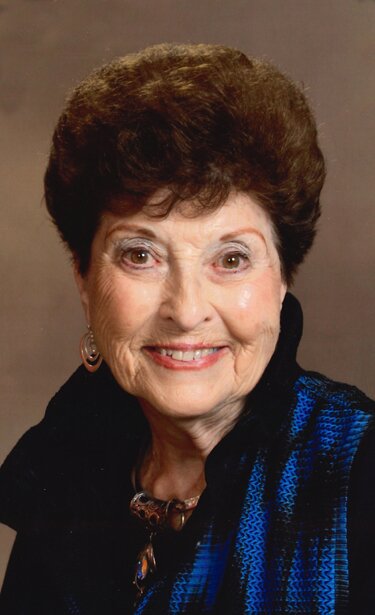 Obituary of Catherine Mae Thier

Please share a memory of Catherine to include in a keepsake book for family and friends.
View Tribute Book

Catherine “Kay” Thier, 94, of Dyersville passed away Saturday, January 8, 2022, peacefully at home surrounded by her family.

Visitation will be held from 2 – 8 pm on Tuesday, January 11, 2022, at Kramer Funeral Home in Dyersville.  Visitation will continue Wednesday from 9 – 10 am at the funeral home prior to mass.

A Mass of Christian Burial will be held at 10:30 am Wednesday, January 12, 2022, at St. Francis Xavier Basilica in Dyersville with burial in the church cemetery.

Kay was born December 4, 1927, in Farley the daughter of Clarence and Mary Schemmel. She graduated from St. Joseph High School in Farley.  She married Gus Thier on August 25, 1949, in Farley.  Together they farmed east of Dyersville.  Kay was an insurance agent for Modern Woodman of America for many years.

Kay was active in the Dyersville community as a member of several card clubs, The Red Hat Ladies, coffee clubs, St. Francis Xavier Resurrection Choir, and the Catholic Daughters of America.

She was preceded in death by her husband, Gus in 2006, a grandson, Austin Krapfl, a sister, Patricia (Francis) Stoffel; 3 brothers-in-law: Arthur (Kay) Thier and James (Marie) Thier, and Joe Thier, and a sister-in-law, Germaine (Bill) Mescher.

We want to express our sincere appreciation for the excellent medical and emotional support our family received from staffs at MercyOne Medical Centers in both Dubuque and Dyersville and Hospice of Dubuque.