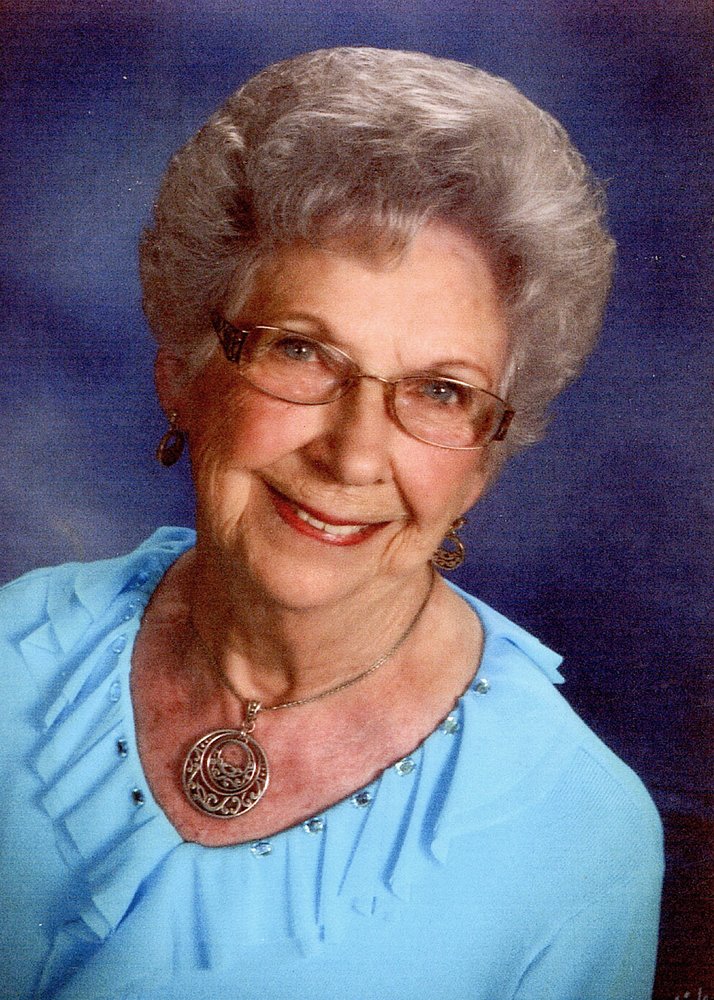 Laura was born May 14, 1925 to Louis and Clara Harter Berns.  She grew up on the family farm near Garnavillo, Iowa along with her eight siblings and attended St. Joseph’s School in Garnavillo.  Laura married George Sudmeier June 5, 1945 at St. Joseph’s Church in Garnavillo.  They enjoyed 60 years of marriage until George’s death in 2005.  Laura and George lived and established an electrical service business in New Vienna.  Prior to the advent of the big box stores in the cities they also had an appliance store, Sudmeier Electric where Laura enjoyed conversing with customers and product suppliers.  Laura was an active member of St. Boniface Church and School. She served in the Altar and Rosary Society and was instrumental in overseeing the interior repainting of the school and was a faithful contributor of homemade pies to the Labor Day Picnic.  Laura loved playing euchre with her siblings, winning at Scrabble, and sharing picnics, fishing, and Christmas with her family.

As Laura and George neared retirement and decided to build a home outside the center of the town, they closed the appliance store and restricted their business to home and farm wiring and related services. Laura and George also began spending part of each winter in Florida, first in their motorhome and later with their fifth wheel trailer.  This was a continuation of their lifelong travel and camping adventures.  They particularly enjoyed taking the grandchildren camping, especially at Jellystone in Bagley, Wisconsin.  Laura and George were excellent partners in business and family life.  In later years, after George’s death, Laura enjoyed traveling with her children.  She also loved the house that she always said, “Dad built for me” along with her yard and flower garden.  A great housekeeper and cook, one neighbor described her as being able to weed her flower bed in white slacks and never get dirty!  She loved her neighbors, and they were so good to her, enabling her to stay in her home longer than she would have been able without their help.

Special thanks to Ron Boeckenstedt who faithfully watched over her yard and home; Kenny Roling who provided her with freshly caught fish; neighbors: Kathy Boeckenstedt, Kathy Meyer, Darlene Frommelt, Barb Davidshofer, Darlene Osterhaus and previously deceased neighbors Grace Roling and Darlene Wedewer who provided companionship or made her birthday special each year with celebratory trips; Mary Eulberg and the staff at River Living Center, Guttenberg, Iowa who cared for her since May 2018; the staff and Dr. Dikkers, Dr. Hoffmann, and Dr. Smith at the Guttenberg Municipal Hospital; and the staff at Hawkeye Care Center and Hospice of Dubuque who provided loving care in her final days.

Due to the Covid-19 pandemic there will be a private family Mass and burial at St. Boniface in New Vienna.  Kramer Funeral Home is assisting the family with arrangements.

Mass will be Livestreamed on https.www.facebook.com/KramerFuneral starting at 10:00 a.m. Wednesday, December 16, 2020.

Online condolences may be shared at www.kramerfuneral.com.

In lieu of flowers and other expressions of sympathy, memorials are preferred to St. Boniface Church or the New Vienna Luxemburg Fire Department and may be sent to Kramer Funeral Home 750 12th Ave. S.W. Dyersville, IA 52040 c/o Laura Sudmeier Family.