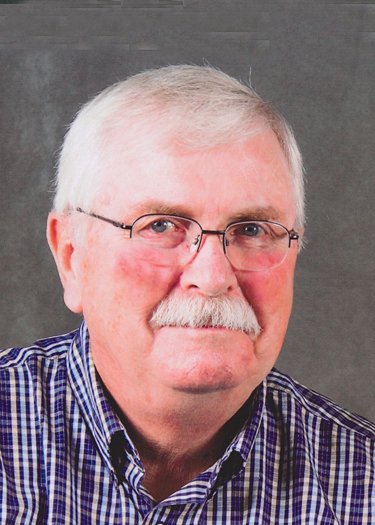 MONTICELLO, IOWA James Joseph “Jim” Noonan, 70, of Monticello passed away Friday, January 31, 2020, at home. Visitation will be held from 3 - 8 p.m. Friday, February 7, 2020, at Kramer Funeral Home in Monticello. Visitation will continue from 9:30 – 10:30 Saturday at St Patrick Catholic Church in Anamosa. A Mass of Christian Burial will be held at 10:30 a.m. Saturday, February 8, 2020, at St. Patrick Catholic Church in Anamosa with burial in Immaculate Conception Castle Grove cemetery where military honors will be accorded by American Legion Post 298 of Marion & the Iowa Army Honors Detail. Silent Honor Guard will be held by the Cedar Rapids Police Dept. Rev. Nicholas March will officiate. Jim was born on July 3, 1949. He was the eldest son of Norbert and Mae Rose Noonan. He graduated from North Linn High School in Coggon in 1967. Jim was very civilly minded and gave his entire life to serving and protecting. He was a veteran of the US Army and served as Sergeant in the Vietnam War in 1969-1970. He was awarded an Army commendation medal for the 15 months he served while overseas. Jim was appointed a Cedar Rapids Police Officer in 1974. During his time on the department, he married Deborah Lee Crosby in July of 1978. He graduated from Mount Mercy University with a degree in Criminal Justine in 1980. When his father died unexpectedly in 1983, he and Deb shouldered the responsibility of maintaining and working the family farm for his mother to ensure she would be able to stay at home. Their partnership and strength made them a strong and loving example to their children. They farmed their own ground together during this time as well and raised their children. During his 30 years on the police department, he rose through the ranks and was promoted several times. He received numerous awards and commendations for his work and accomplishments on the department. He retired from the department in 2004. Following his retirement from the police department in 2004, he held many jobs. He was a laborer for various farmers and was able to enjoy farming once more without any stress. He was a part time college instructor at Kirkwood Community College and Mount Mercy University. He taught courses on law enforcement and criminal justice and passed on his experiences to students to ensure a better generation in the field of criminal justice. He was a tracker for the Juvenile Court Services Department. He served as an investigator for the Linn County Attorney’s Office for eight years before fully retiring. He still kept busy after retirement and volunteered at Camp Courageous and Freedom Foundation in Cedar Rapids. He was able to enjoy his time with his family and his friends and able to travel with Deb. Jim was a kind man who cherished his family. He was a fierce and loyal friend, especially to those from his childhood, and he loved them as if they were his family. He was proud to have served the citizens of Cedar Rapids and Linn County. The friends and brotherhood he shared with his fellow police officers and county attorneys and their staffs made him very proud and thankful. Survivors include his wife, Deborah; two sons: Adam Hamblin of Cedar Rapids and Daniel Noonan of Ankeny; his two daughters: Jennifer Simoens of Cedar Rapids and Katie (Andrew) Machacek of Winthrop; five grandchildren; three sisters: Rose Noonan of Central City, Patricia (Richard) Lundstrom of Perry, IA, and Betty (Paul) Kohout of Lisbon; 2 brothers: Tom Noonan of Urbandale and Ray (Angela) Noonan of Cedar Rapids; numerous nieces and nephews. He was preceded in death by his parents, Norbert and Mae Rose Noonan. Memorials are preferred to Camp Courageous of Iowa or Freedom Foundation. Online condolences may be left for the family at www.kramerfuneral.com.
Friday
7
February

Share Your Memory of
James
Upload Your Memory View All Memories
Be the first to upload a memory!
Share A Memory
Send Flowers