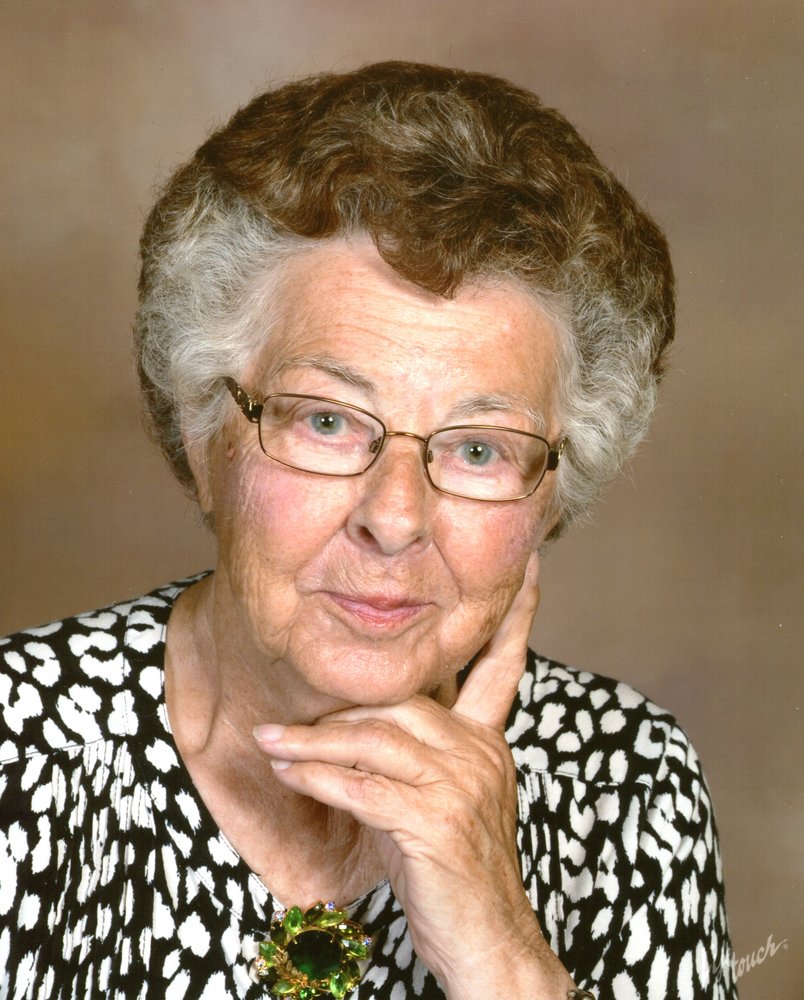 A Mass of Christian Burial will be held at 10:30 a.m. Monday, September 16, 2019, St. Boniface Catholic Church with burial in the church cemetery.  Rev. Dennis Quint will officiate.

Lou worked for many years as a bank teller in local area banks.  She also worked as a bookkeeper at Kerper Produce, the Dyersville Sale Barn on Thursdays and Morris Livestock. Lou was a lifetime member of the VFW Auxiliary 9th district in New Vienna and was past president.

She was an avid euchre player and a league bowler for many years.  Lou volunteered delivering meals for senior citizens for 11 years.  She was the New Vienna citizen of the year in 2010.

Lou was a member of the New Vienna Historical Society and served as a tour guide at the Heritage House.  She loved cooking for and entertaining family and friends and was always interested in her grandchildren and great grandchildren’s activities.  She was a Cardinals baseball fan and enjoyed watching Chris and Craig play for the Farley Hawks.

Share Your Memory of
Lou
Upload Your Memory View All Memories
Be the first to upload a memory!
Share A Memory
Plant a Tree