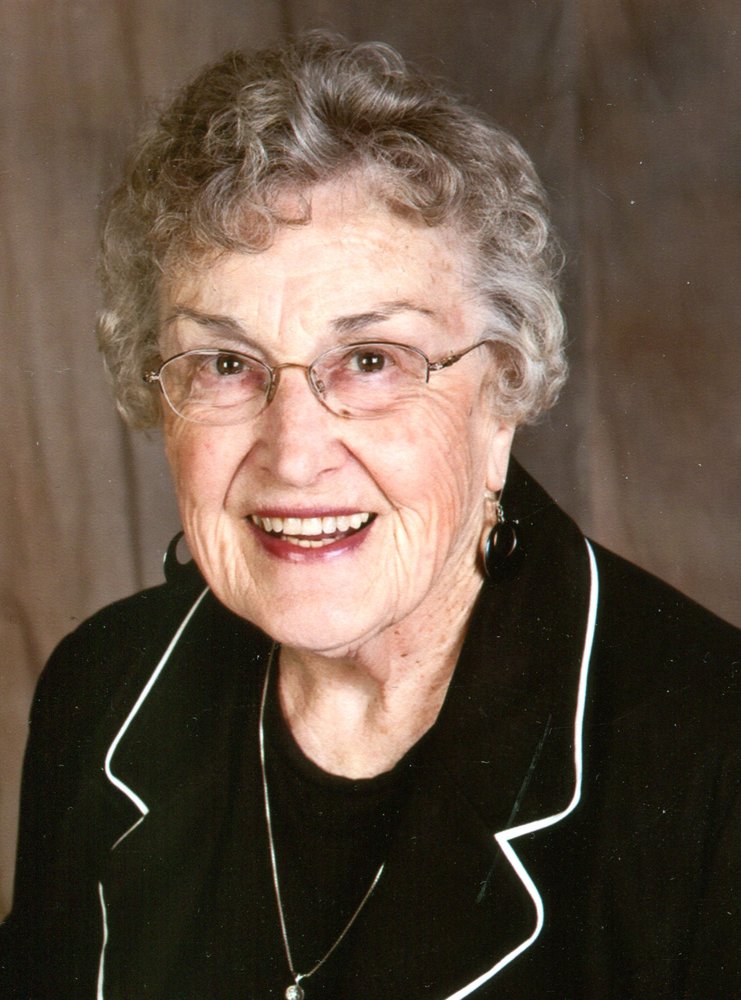 A Mass of Christian Burial will be held at 10:00 a.m., Saturday, June 8, 2019, St. Francis Xavier Basilica, Dyersville, with burial in the church cemetery.  Rev. Ralph Davis will officiate.

Mary Esther, born on Oct. 3, 1926, was the daughter of Jack and Esther Bemrich. She attended school in Pioneer, Iowa, and graduated from Mallard, then attended Mankato Business College.

Mary Esther married Thomas “Bud” Rooney in May of 1947.  They owned and operated grocery stores in Whittemore, and Storm Lake, Iowa prior to moving to Dyersville and opening a grocery store in 1955.  In 1984, a year after Bud’s passing, Mary Esther opened a new grocery store and ran the store until she retired at age 76.

She was an active member of St. Francis Xavier Basilica and the Catholic Daughters of America. Mary Esther enjoyed playing Bridge and traveling.  She was proud of her Irish heritage and enjoyed the annual St. Patrick’s Day festivities.

She was preceded in death by her husband, Bud, her parents, an infant daughter Rebecca, a daughter-in-law Leslie Rooney and her brother Dale (Ruth) Bemrich.

The family would like to thank the staff at Shady Rest Nursing Home in Cascade, as well as Hospice, for providing love and care to Mary Esther.

CD of A Rosary

Visitation Prior to Funeral

Share Your Memory of
Mary Esther
Upload Your Memory View All Memories
Be the first to upload a memory!
Share A Memory
Send Flowers