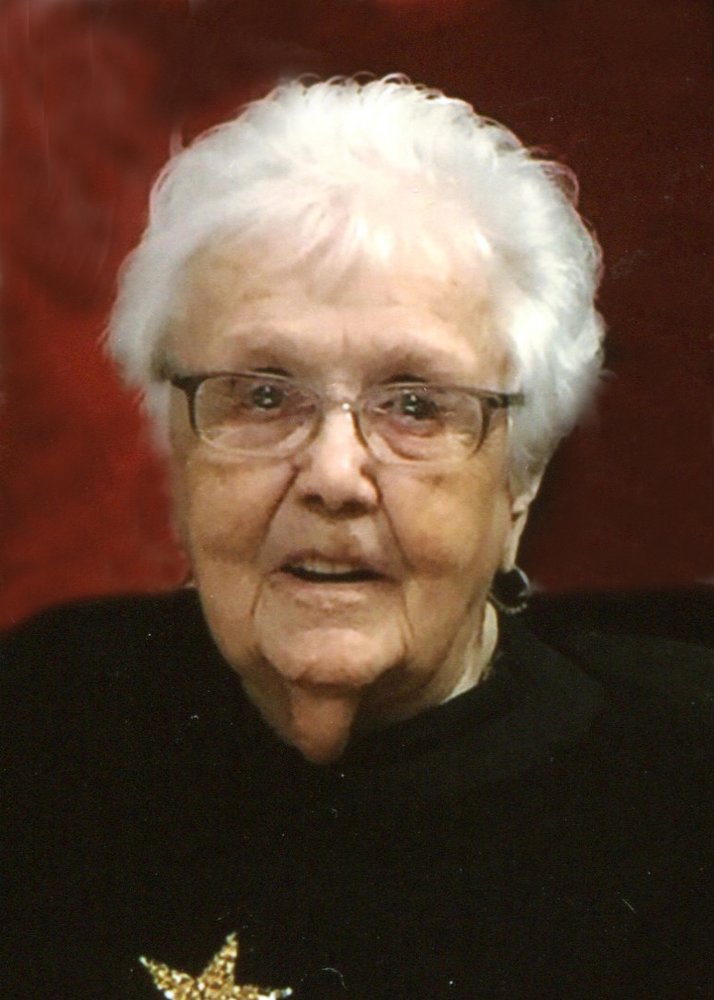 Josephine L. Courchane, fondly known as “Friday”, passed away Tuesday, January 8, 2019 at the age of 99, just shy of her much anticipated 100th Birthday.  She was a resident of Oak Crest Manor Nursing Home in Dyersville.

Born in Kimberly, Wisconsin on January 25, 1919, Friday was the third oldest of 11 children of John and Martina (Van Beek) Kneepkens.  She was the widow of Kenneth Arps, who was killed August 16, 1944, in France.  Friday is also widowed by Donald H. (D.H.) Courchane.

After retiring as a manager from Prince Castle in Rockford, IL. in 1981, she and D.H. moved to Florida where she, after becoming bored in retirement, worked for Nabisco as a retail specialist.  Don died on March 10, 1988.  She retired a second time in 1990, and returned to Rockford to live in the Luther Center where, for seven years, she served on the residents’ council activity committee.

Friday’s real passion was helping others.  At the Luther Center she spearheaded an annual fundraiser for 13 years to provide Christmas gifts and food for needy families.  She gave time and talent to the senior advisory board for Patriots’ Gateway and to the program development council for Lifescape by whom she was named the Super Senior in 2008.  As a devoted Catholic, she was active in her church as well.  Friday loved to stay busy.  She was always working hard with her hands on ceramics, embroidery or, in her later years, adult coloring books.  She was an excellent bowler and continued to play Wii bowling until her death.  Her cookies and candy were the highlight of the family’s Christmas and Easter seasons until she was no longer abler to make the surprises.  Even in the nursing home she loved to help with mailings and be involved.  Friday rarely missed an opportunity to take part in activities provided for the residents from bingo to word games.

She was the loving mother to Virginia Arps (John) Lopiccolo of Columbia, SC, Vicki (Marv) Maiers of Dyersville and Gregory (Ann) Courchane of Palm Harbor, FL.  She was Gram to six grandchildren and Great Gram to seventeen great grandchildren.  In addition, Friday is also survived by two brothers: John and Don Kneepkens, one sister, Birdie (Phil) Bouressa and numerous nieces and nephews.

In addition to her parents and both husbands, Friday was preceded in death by three sisters and four brothers.

The family would like to thank the staff at Oak Crest Manor for their loving care and support.  She said that she could not have been happier anywhere else.

In lieu of flowers, donations may be made to Oak Crest Manor or the Dyersville Health Fountation.

Share Your Memory of
Josephine
Upload Your Memory View All Memories
Be the first to upload a memory!
Share A Memory
Send Flowers