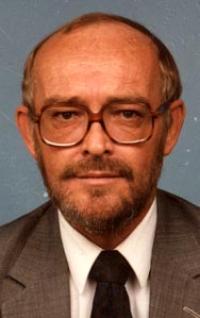 Louis was born January 18, 1939 in Dyersville, Iowa the son of Verni and Elva (Hansel) O?Connor. He graduated from Xavier High School and University of Iowa College of Engineering. His career spanned service in the Army, the Corps of Engineers and as a Foreign Diplomat for the U. S. Department of State until his retirement. As a diplomat he was assigned to Haiti, Cameroon, Bangladesh, Germany, Saudi Arabia and Grenada. Survivors include two brothers, Frank (Darlene) O?Connor of Dyersville and Bernard (Jean) O?Connor of Mundelein, IL, and a sister-in-law, Nancy O?Connor of Ankeny, IA. Also surviving are four nephews and seven nieces. He was preceded in death by his father in 1947, his mother in 1980, one brother, Dr. Lowell O?Connor in 1975. Louie was a Life Member of the VFW. VFW Post 7736 of New Vienna, Iowa will hold their service at the funeral home at 7:00 p.m. Thursday and will accord military rites at the funeral.
Print
Share A Memory
Send Flowers