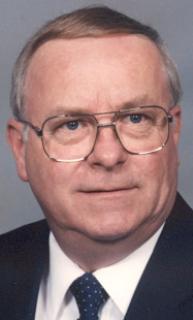 Survivors include his wife: Ruth Ann, 1 daughter, Rebecca Easterling of Cascade and her fianc&eacute; John Hoist of Dubuque; 2 sons: Russell (Denise) Benke of Onslow, Iowa and Rodney (Maria) Benke of Severn, MD. His mother, Nellie Benke, of Shady Rest Care Center, Cascade, 1 grandson: Richard Easterling of Cascade, 2 brothers: Ronald Benke and fianc&eacute; Linda Kremer of Dyersville and David (Mary) Benke of Cascade, 1 sister: Deanne Manza of Winterhaven, FL, a sister-in-law, Mary Joe Benke, of Wynnewood, OK, and many nieces and nephews. Dick was preceded in death by his father, Clarence, a son Randall in 1981, 2 brothers, Dennis in infancy and Alan Benke in 1983 and a grandson John Randall Easterling in infancy. Dick was born on May 23, 1937, in Cascade, Iowa, the son of Clarence and Nellie (Roling) Benke. He married Ruth Ann Westemeier on October 11, 1958, at St. Francis Catholic Church in Dyersville, Iowa. Dick graduated from Xavier High School, Class of 1955. He attended Loras College and began working with his father at B &amp; W Appliance in Dyersville. Dick moved to Monticello in 1963 and worked for REM Electric until establishing RB Electronics in 1968 from which he retired in 2001. Dick was the Scoutmaster in Dyersville in the late 50's and early 60's and was involved in Scouting in Monticello. He was a member of the Knights of Columbus Council 1821 and the Sacred Heart Guild. Upon his death Dick was an organ donor.
Plant a Tree
Print
Share A Memory
Plant a Tree