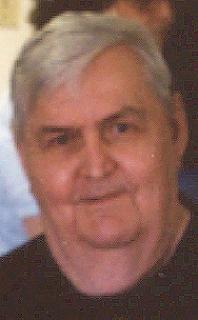 Survivors include 2 daughters: Pamela Cress of Eugene, Oregon and Debra Keller of Dubuque, IA; 11 grandchildren: Travis, Dana and Ashley, Christopher, Misty and Lisa, Lori, Tony, Crystal, Lindsay and Nickolous; 3 great-grandchildren: Crystal, Sierra and Joshua; 3 sisters: Delores Schumacher of East Dubuque, IL, Rita Menadeue and Mary Jaeger, both of Dubuque, Iowa; 3 sisters-in-law: Millie Stuart of Monticello, IA and Rascie Stuart and Beverly Stuart, both of Dubuque, IA. He was preceded in death by a daughter, Paulette Dodd, in September of 1988, a son, David Stuart, on July 1, 2002, 4 brothers: his twin, Howard, Raymond, Matthew and George; and 4 sisters, Margaret Steve, Irene O'Rourke, Mildred Manas and Cecila Strovus. Paul was born on January 2, 1924 in Dubuque Iowa, the son of Vern and Mary (Schmitt) Stuart. He married Doris Rohrobacker at Sacred Heart Catholic Church in Dubuque on April 10, 1946. She preceded him in death in August of 1969. Paul was a chef whose last position was as the head chef at Loras College. He is a veteran of World War II.
Print