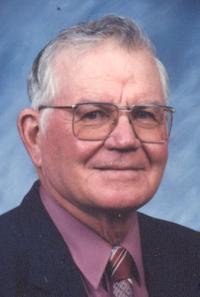 Delbert J. Noonan 68, of Prairieburg, IA, passed away on Wednesday, February 18, 2004, at his home surrounded by his family after a long, courageous battle with cancer. Friends may call from 2 to 8 p.m. Sunday, February 22, 2004, at the Kramer Funeral Home in Monticello where a parish scripture service will be held at 5 p.m. Funeral services will be held at 10:30 a.m. Monday, February 23, 2004, at St. Joseph Catholic Church in Prairieburg with Rev. Wayne Droessler officiating. Burial will be in St. Joseph Cemetery, with full military rites conducted by the Coggon American Legion Post #362. Delbert was born on November 6, 1935, in rural Bernard, Iowa the son of Walter &amp; Pauline (Brady) Noonan. He married Kay Kramer on June 2, 1962, at St. Joseph Catholic Church in Prairieburg. He served his country in the Army. He was a farmer in the Prairieburg area, and worked at Frontier Feeds in Monticello. Surviving is his wife, Kay and his children: Bill (Michelle) Noonan of Cedar Rapids, Iowa, Deanne (Jeff) Tadlock of West Branch, Iowa, Nancy (Kevin) Felton and Kristi (Bruce) Koffron both of Solon, Iowa, Steve (Joette) Noonan of Central City, Iowa. 9 grandchildren: Nicole, Zachary, Kaylyn, Megan, Jack, Holly, Allison, Jayna, and Dalton. 2 step grandchildren: Layrassa and Karlie Felton, also surviving is his sister Rita (Larry) Hartung of Monticello, Iowa. He was preceded in death by his parents, triplet grandchildren Brett, Patrick and William Jr. his brothers Norbert, Merlin and Richard and sister Kathleen, son-in-law Eugene Bertling. A memorial has been established in his memory.
Print
Share A Memory
Send Flowers