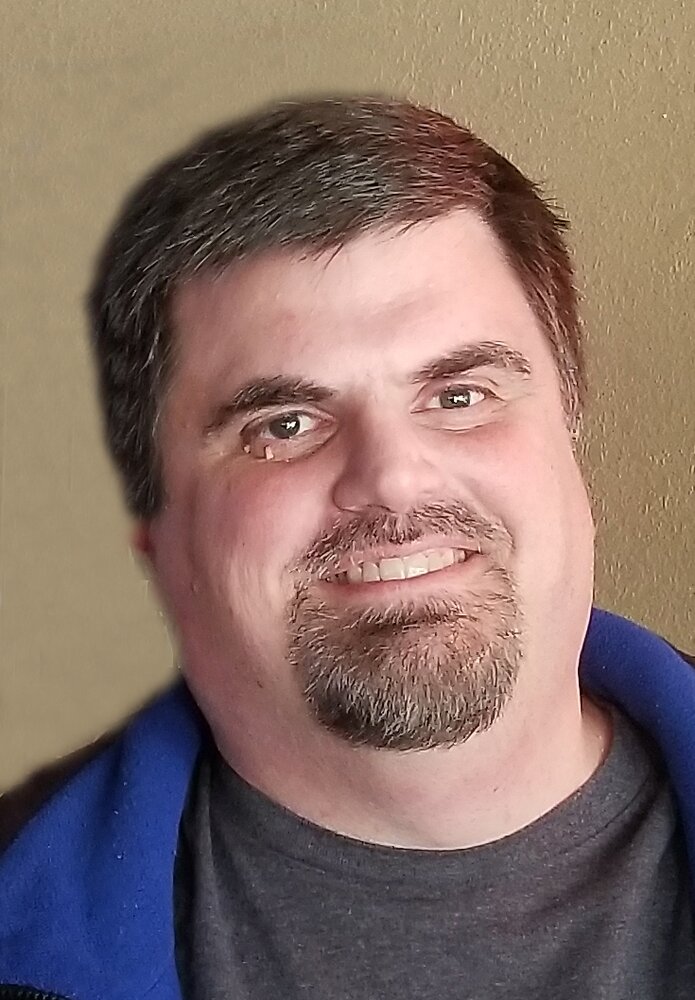 Please share a memory of Bruce to include in a keepsake book for family and friends.
View Tribute Book

Funeral mass will be held at 11 a.m. on Friday, January 27, 2023 at St. Francis Xavier Basilica in Dyersville, IA. Interment will be held at a later date. Rev. Noah Diehm will officiate.

Bruce was born on July 22, 1972, in Dubuque, IA, the son of Ron and Jan (Oberbroeckling) Bockenstedt. When Bruce was two years old, his family moved to Illinois. He grew up in Adair and Macomb. Bruce graduated from Macomb High School in 1990. He attended Western Illinois University and graduated in 1994. He was involved with Student Government and Delta Sigma Pi where he earned the nickname, “Skee.” He majored in Management, and minored in Information Systems. Following graduation, Bruce worked at Walgreens in Macomb as Assistant Manager. He was then employed with a computer company doing troubleshooting. Bruce moved to Waterloo in 1999 to work at VGM, where he was in charge of holding the company together during Y2K. There, he met his future wife, Sara. He stayed with VGM for 20 years.

He married Sara Schroeder  at St. Edwards Catholic Church on April 21, 2001. They were blessed with a daughter, Esther, “Bee.” In August, 2019, Bruce and his family moved to Manchester after accepting a job at FarmTek in Dyersville. He was a lifelong fan of the St. Louis Cardinals and the Las Vegas Raiders. He was a member of the Star Wars fandom, actively played Gragar, a dwarf cleric in a Dungeons & Dragons campaign, and played many video games. He loved watching sports, especially the NFL, often spending all Sunday, watching games and keeping up with his numerous Fantasy Leagues. But above all, he loved spending time with his wife and daughter.

He was preceded in death by his grandparents, Arnold and Esther Bockenstedt, and Greg and Ceil Oberbroeckling, and godfather, Jim Oberbroeckling.

Share Your Memory of
Bruce
Upload Your Memory View All Memories
Be the first to upload a memory!
Share A Memory
Send Flowers
Plant a Tree