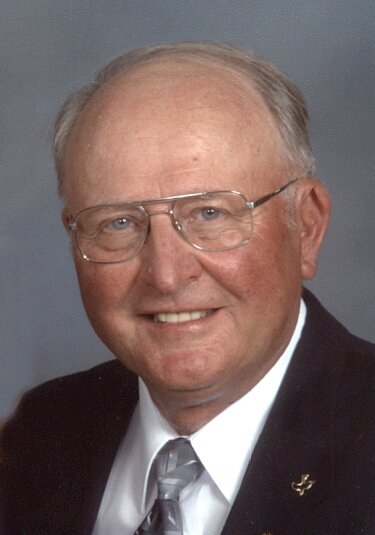 Please share a memory of William to include in a keepsake book for family and friends.
View Tribute Book

William J. Heiderscheit, 85 of Dyersville and formerly of Luxemburg, passed away Tuesday, January 17, 2023, at Hawkeye Care Center in Dubuque, Iowa.

Visitation will be held from 3-7 pm on Friday, Jan. 20, 2023, at Kramer Funeral Home in Dyersville.  Visitation will continue at the funeral home from 9 – 10 am prior to funeral mass.

A Mass of Christian Burial will be held at 10:30 am on Saturday, Jan. 21, 2023, at St. Francis Xavier Basilica in Dyersville with burial in Holy Trinity Cemetery in Luxemburg where military honors will be accorded.  Rev. Gabriel Mensah will officiate.

Bill was born on November 12, 1937, in Luxemburg, Iowa, the son of William and Martha (Schneider) Heiderscheit Sr.  He served in the US Army from 1959 – 1961 as a welder and auto mechanic spending 1 ½ years in Fairbanks, Alaska.  After his release from the Army, Bill returned home to farm with his brother, Robert, for 35 years in the Luxemburg area.

On June 26, 1987, Bill married Claudia Sue Phipps at Holy Trinity Catholic Church in Luxemburg.  Together they loved taking road trips and getting lost throughout their travels.  For many years Bill was a volunteer for the Holy Trinity Confirmation Program, Oak Crest Manor and Mercy Hospital in Dyersville, receiving recognition for over 1000 hours worked.  He was a member of the Catholic Order of Foresters Court 881, St. Francis Xavier Parish, and former member of Holy Trinity Catholic Church in Luxemburg.

The family would like to thank the staff of Hawkeye Care Center for their companionship and quality care shown toward Billy these last few years, and to Hospice of Dubuque.

VIsitation Prior to Mass