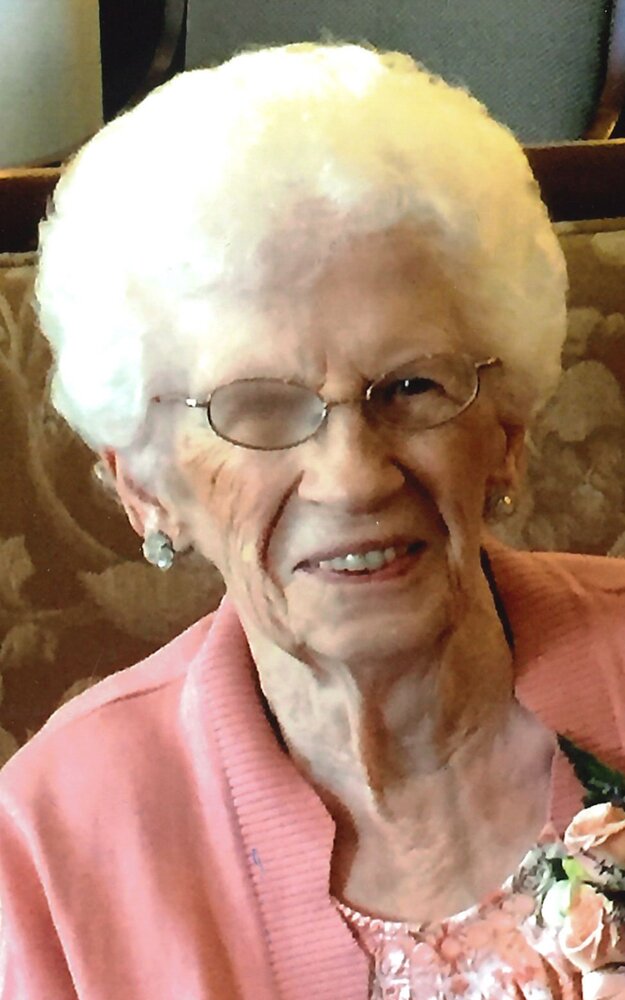 Please share a memory of Freda to include in a keepsake book for family and friends.
View Tribute Book

Visitation will be held from 9:00 – 10:15 am on Saturday, Dec. 10, 2022, at Sacred Heart Catholic Church in Monticello where a Mass of Christian Burial will commence at 10:30 am.  Rev. Paul Baldwin will officiate.  Burial will be at St. Joseph Cemetery in Prairieburg.

Freda was born on May 5, 1918, in Anamosa, Iowa, the daughter of Howard and Maud (Anderson) Hart.  She graduated from Central City High School in 1936.  Freda married Leo Lawrence on February 1, 1937, in St. Joseph Church in Prairieburg.  Together they farmed near Prairieburg until 1967, when they moved to Monticello.  Freda lived in the home they built together for 51 years.  Later she moved to Pennington Square Living Center where she resided until failing health forced her to move into Monticello Nursing Home in 2021.

The family would like to thank the staffs of Pennington Square and Monticello Nursing and Rehabilitation Center for the wonderful care and compassionate companionship over the last several years.

Share Your Memory of
Freda
Upload Your Memory View All Memories
Be the first to upload a memory!
Share A Memory
Send Flowers
Plant a Tree