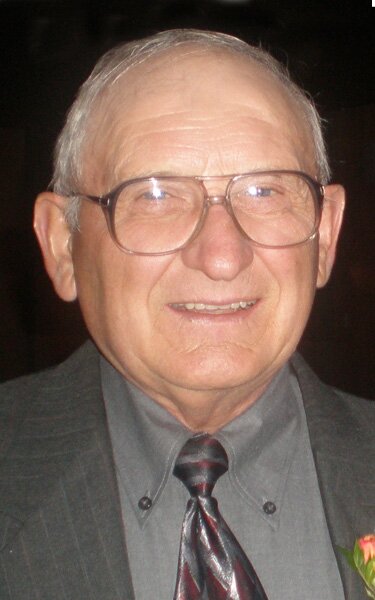 Please share a memory of Donald to include in a keepsake book for family and friends.
View Tribute Book

Donald J. Hermsen, 89, Dyersville and formerly of Luxemburg passed away Saturday, October 22, 2022, surrounded by his family at MercyOne Medical Center in Dubuque.

Visitation will be held 3-8pm Tuesday, Oct. 25, 2022, at Kramer Funeral Home in Dyersville where the NV/Luxemburg Fire Department will gather at 6:30.  Visitation will continue Wednesday from 9-10 am at the funeral home prior to funeral services.

A Mass of Christian Burial will be held at 10:30 am Wednesday, Oct. 26, 2022, at Holy Trinity Catholic Church in Luxemburg with burial in the church cemetery.  Rev. Tyler Raymond will officiate.

Donald was born June 9, 1933, the son of Edward and Florence (Vaske) Hermsen.  He married Grace Olberding on Sept. 20. 1955, in Dyersville.  Together they farmed near Luxemburg and raised their family, after which he was a Farm Bureau Agent.  He also served the community on the NV/Luxemburg Fire Board.  Later he helped all of his children on their farms and with their many projects.  Throughout his life he really enjoyed fishing.  He and Grace also enjoyed being members of their monthly card club for over 65 years.  In 2019 they moved from their home in Luxemburg to the Ellen Kennedy Living Center.

Memorials are preferred to the Ellen Kennedy Living Center or the NV/Luxemburg Fire Department.

Share Your Memory of
Donald
Upload Your Memory View All Memories
Be the first to upload a memory!
Share A Memory
Send Flowers
Plant a Tree