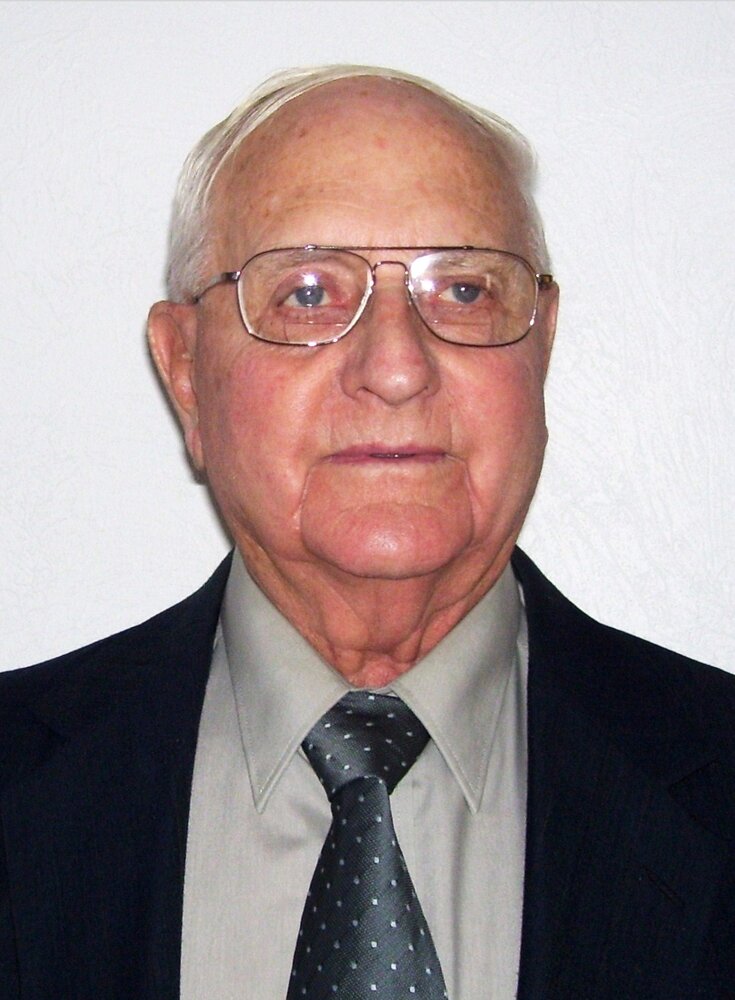 Please share a memory of Herbert to include in a keepsake book for family and friends.
View Tribute Book

Funeral services will be held at 10:30 a.m. on Monday, October 10, 2022, at St. Francis Xavier Basilica in Dyersville with burial in the church cemetery.  Rev. Chris Podhajsky will officiate.

Herbert was born on March 13, 1929, in Earlville, Iowa, the son of George and Mary (Ploesl) Sperfslage. He attended school in Earlville, Petersburg, and Colesburg. He began farming at an early age until he was drafted into the Army. He was a Corporal and served as a Radar Operator in B Battery of 867th Field Artillery Battlion stationed in Germany from 1953 – 1955.  He married Theresia Post on April 22, 1972, in the Immaculate Conception Catholic Church in Cedar Rapids, Iowa.  They had two sons, George and Chris. Together they farmed near Petersburg, Iowa, until retiring to Dyersville, Iowa. Herb enjoyed the outdoors, including hunting and fishing, and traveled throughout the US and Holland. He was active in the Catholic church and was a member of the VFW and the American Legion Post # 137.

The family would like to thank the staff at Hospice of Dubuque for their compassionate care.