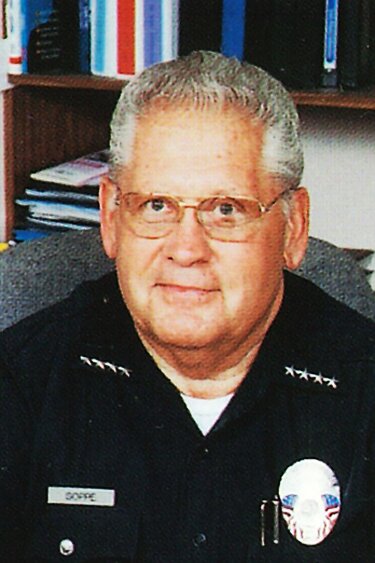 Please share a memory of Louis to include in a keepsake book for family and friends.
View Tribute Book

A public visitation will be held from 4-8 pm Thursday, Sept. 29, 2022, at Sacred Heart Catholic Church in Monticello.  Kramer Funeral Home is assisting the family.

Louis was born on January 7, 1940, in Dyersville Iowa.  He was the oldest of nine children of Reynold and Albertha (Kelchen) Soppe. He attended school in Monticello until 8th grade, when he left to help out on the family farm and also worked for neighboring farmers. He later earned his GED and attended the police academy.

In 1973, Louis began working for the Monticello Police Department, becoming Chief of Police in the early 1990s. Louis, better known as Louie around Monticello, dedicated his life to the community. He loved people and enjoyed being known around town and teasing everyone he met. He retired in 2003 after 29 years on the force.

Prior to his career with the police department, Louis enjoyed a variety of employment opportunities. He also drove a school bus for Monticello Community School District for many years and served on the Monticello Fire Department from 1973-1996. He was a faithful member of the Sacred Heart Catholic Church in Monticello, Iowa.

In 1960, Louis married Anna Tuel and they had four children. They later divorced.

On December 21, 1991, Louis married the love of his life, Jerilyn (Jeri) King-Soppe. The two enjoyed camping, travel and spending time with family.

He is preceded in death by his wife, Jeri; his parents; his brothers, Andrew and Loras Soppe; sister, Beverly Holz; brothers-in-law, Bill Oberbroeckling and John Steger; and sister-in-law, Erma Soppe.

Online condolences may be submitted, and information is available at www.kramerfuneral.com.

Share Your Memory of
Louis
Upload Your Memory View All Memories
Be the first to upload a memory!
Share A Memory
Send Flowers
Plant a Tree