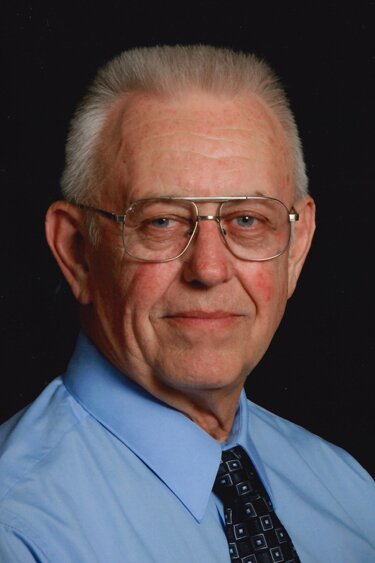 Please share a memory of Henry to include in a keepsake book for family and friends.
View Tribute Book

Visitation will be held from 2 - 8 p.m. Wednesday, Aug. 31, 2022, at Kramer Funeral Home in Dyersville where the New Vienna/Luxemburg Fire and EMS will attend as a group at 6:30 pm.  Visitation will continue Thursday from 9 – 10 am at the funeral home prior to funeral services.

A Mass of Christian Burial will be held at 10:30 a.m. Thursday, Sept. 1, 2022, at St. Boniface Catholic Church in New Vienna.  Burial will be in the church cemetery.

Henry was born June 12, 1942, in Petersburg, IA, the son of Hubert and Marie (Scherbring) Westhoff.  He graduated from St. Boniface grade and high school in New Vienna.   He married Mary Jean Tegeler on June 2, 1962, at St. Francis Xavier Basilica in Dyersville.  They lived in Dyersville for two years and moved to New Vienna which became their home.  He was a member of the St. Boniface Parish and its Holy Name Society.

Henry was a farm equipment mechanic and owner of Hub’s Repair Shop, Inc.  He also worked for Scherrman Implement and as a parts man for Roeder Implement.

In his spare time, he enjoyed family, gardening, growing flowers, fishing and creating many memories.