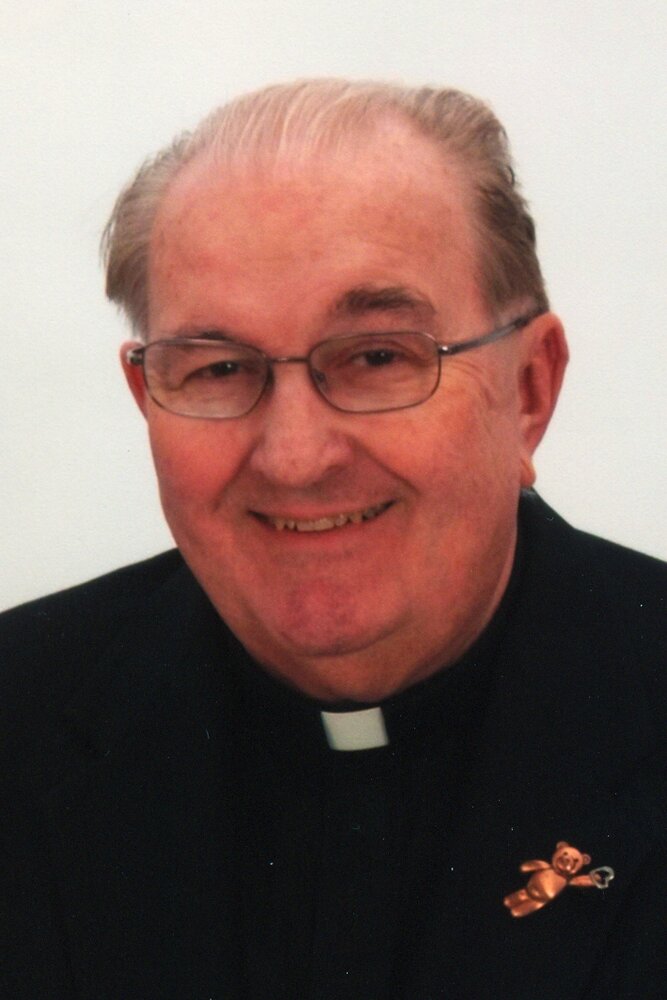 Please share a memory of Frederick to include in a keepsake book for family and friends.
View Tribute Book

Visitation will be held from 9 -11 a.m. on Thursday, July 28, 2022, at St. Francis Xavier Basilica in Dyersville where a Mass of Christian Burial will commence at 11 a.m.  Burial will be at St. Boniface Cemetery in New Vienna.

Fred was born on October 2, 1937, on a farm near New Vienna, Iowa, the son of Fred and Leanda (Mormann) Fangmann.  He attended St. Francis Xavier Grade and High School in Dyersville.  After graduation, he went on to Loras College in Dubuque to receive a B.A. in Philosophy.  Seminary training was taken at Mt. St. Bernard Provincial Seminary, Dubuque and was ordained to the priesthood March 9, 1963, by Archbishop James J. Byrne.  Over the years Father Fangmann has served the following parishes:  All Saints in Cedar Rapids, St. Mary in Dubuque, St. Patrick in Cedar Rapids, St. Patrick in Dubuque, St. Mary in Waterloo, Immaculate Conception in Charles City, St. Mary in Roseville, St. Matthew in Cedar Rapids.  He also was Director of American Martyrs Retreat House in Cedar Falls, Pastor of St. Martin in Cascade, Holy Ghost in Dubuque, Sacred Heart in Oelwein, and Immaculate Conception in Fairbank.  He was Dean of the Elkader Deanery for 11 years and served the Iowa State Patrol as a Chaplain to Post Nine.  For several years, he helped as a team member to give Marriage Encounters and for 12 years was State Chaplain to the Catholic Daughters of America of Iowa.

Among all of this he also took time to enjoy life by travelling with his priest friends throughout this country as well as tours in Europe.  He enjoyed playing cards with friends and relatives and he spent many years with his “Eating Group” enjoying wonderful food and friendships.

He was preceded in death by his parents, all of his aunts and uncles, and numerous cousins.

Share Your Memory of
Frederick
Upload Your Memory View All Memories
Be the first to upload a memory!
Share A Memory
Send Flowers
Plant a Tree