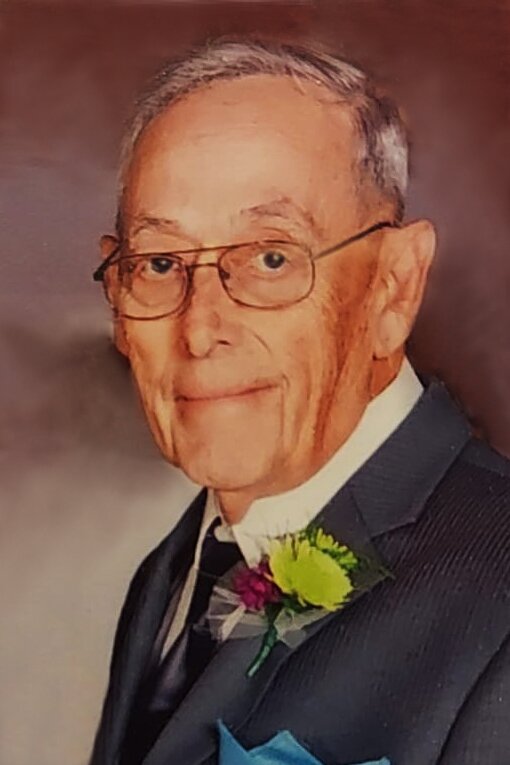 John Daniel Westhoff “Danny” passed away peacefully July 16, 2022 surrounded by his family in his home at the age of 90.

A Mass of Christian Burial will be held at 2:00 p.m. Friday, August 5, 2022 at St. Boniface Catholic Church in New Vienna with burial in the church cemetery where military honors will be accorded by the VFW Post # 7736 and the New Vienna Fire Department and Delaware County Honor Guard will conduct Danny’s  last call.  Rev. Tyler Raymond will officiate with Rev. Carl Ries concelebrating.

Mark Westoff passed away October 26, 2020, and in addition to Danny’s services, the Westhoff family will be putting their son, brother and uncle, Mark Westoff to rest with Danny.

Dan was born to Lawrence and Celia (Kramer) Westhoff in New Vienna, January 31, 1932. He attended St. Boniface School in New Vienna.  Dan received his GED and his Auto Engineer Degree through the United States Army.  He served during the Korean War and was stationed in Germany using his skills as a mechanic he maintained and repaired the tanks and armored vehicles and was honorably discharged.   He married Ramona Bakula on October 10, 1953 In North Buena Vista.   They later welcomed two beautiful children Ann and Mark into their home.

Dan was a co-founder of the New Vienna Fire Department, he was a chief for 15 years, Inducted to the “Hall of Flame” in 1998 and was a board member of the Dubuque County Fire Association.

He started his journey as a diesel mechanic as a young boy in the family Westhoff Livestock business. He would be found often tinkering around and driving semi trucks, especially his favorite Macks.  Dan retired as a mechanic for many years with Schanno now Hirschbach  transportation.  As a member of the American Truck Historical Society he enjoyed truck shows,  and collecting hats.  He loved his country music, crosswords, salted nut rolls, Sunny D orange juice, morning coffee and spending time with his family.  He always was prepared no matter what time, or distance to help those in need especially when it came to car trouble with his grandchildren. One of his latest honors included being a part of the Honor Flight of Dubuque.

Dan’s family would like to thank Hospice of Dubuque Staff  especially Chris, Peggy, Ryan, Jen and Hillary, as well as a special thanks to Pam for all the care you have provided during Dan’s journey.

Share Your Memory of
John
Upload Your Memory View All Memories
Be the first to upload a memory!
Share A Memory
Send Flowers