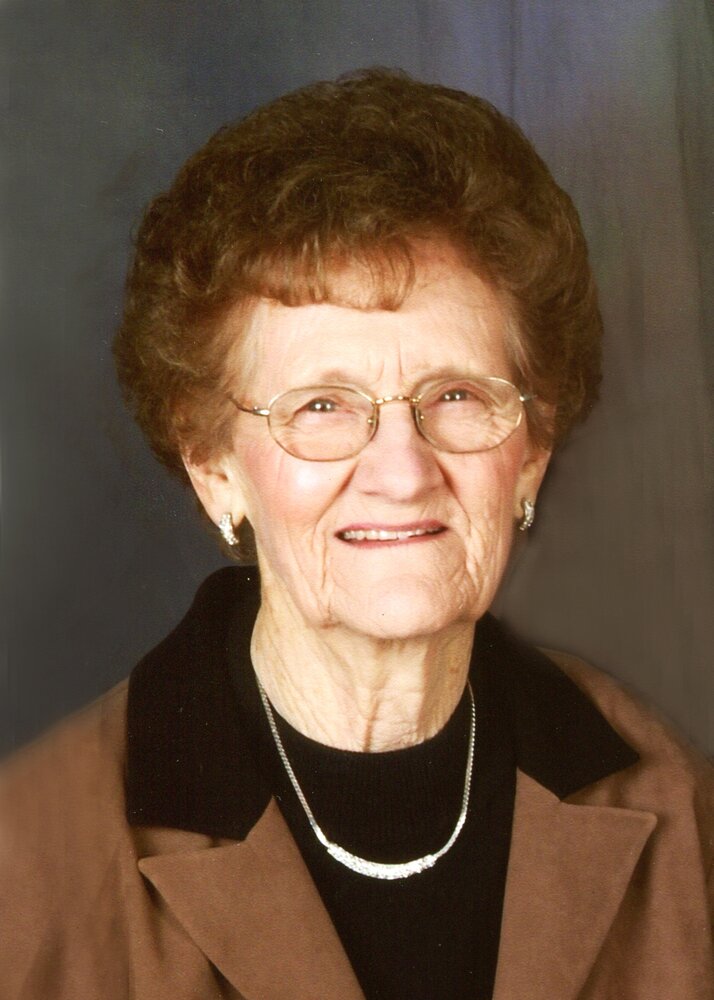 Please share a memory of Ardella to include in a keepsake book for family and friends.
View Tribute Book

A live-stream link for mass on Wednesday at 10:30

A Mass of Christian Burial will be held at 10:30 a.m., Wednesday, April 20, 2022, at St. Francis Xavier Basilica in Dyersville with burial in the church cemetery.  Rev. Dennis Quint will officiate.

Ardella was born May 31, 1929, in Petersburg, Iowa the daughter of Clem and Frances (Weber) Deppe.  She married Donald F. Helle on February 15, 1949, in Petersburg and he preceded her in death on April 4, 2016.   Together they farmed near Dyersville until 1987 when they moved to town.

Ardella was a woman of strong faith, a giving wife and devoted mother, grandmother, and great-grandmother. She made the best homemade bread and cookies, no one left her home hungry.  She had a smile that brought sunshine to every room, making her a joy to be around.  She will be dearly missed.

We would like to thank Hawkeye Care Center and Ellen Kennedy Living Center for the excellent care they gave Ardella the years she was there.  We would also like to thank Hospice of Dubuque and Fr. Dennis Quint for their help and support the last few days of Ardella’s life.

Share Your Memory of
Ardella
Upload Your Memory View All Memories
Be the first to upload a memory!
Share A Memory