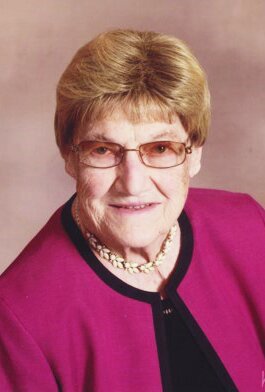 Complete arrangements are pending at Kramer Funeral Home in Dyersville.

Rose was born on October 13, 1927 in North Buena Vista, Iowa, the daughter of George III and Josephine (Bakula) Eichacker.  She married Francis J. Feldmann on August 20, 1946 in Holy Cross.  Together they farmed for over 50 years on Rolling View Acres near Hopkinton until moving to Monticello in 1998 and later moving to Dyersville in 2014.   Rose was a member of the Altar & Rosary Society at St. Paul Catholic Church in Worthington, Catholic Order of Foresters - St. Francis Court # 407 of Worthington, Iowa Guernsey Association District II and served as Secretary/Treasurer.  She also served on the Delaware County Fair Board for 15 years and completed her Masters’ Gardeners program in Delaware County and sold produce at local Farmers Markets.  Rose enjoyed bowling, crocheting, gardening, and travel.

She was preceded in death by her parents, her husband, Francis in 2001, son, Richard Feldmann, grandson, Christopher Feldmann, siblings: Matthew Eichacker in infancy, Robert Eichacker, and numerous in-laws.

The family would like to thank Ellen Kennedy Living Center in Dyersville and the Good Neighbor Society of Manchester for the care they showed to their mother and grandmother.

Kramer Funeral Home in Dyersville is assisting the family and information is available at www.kramerfuneral.com.