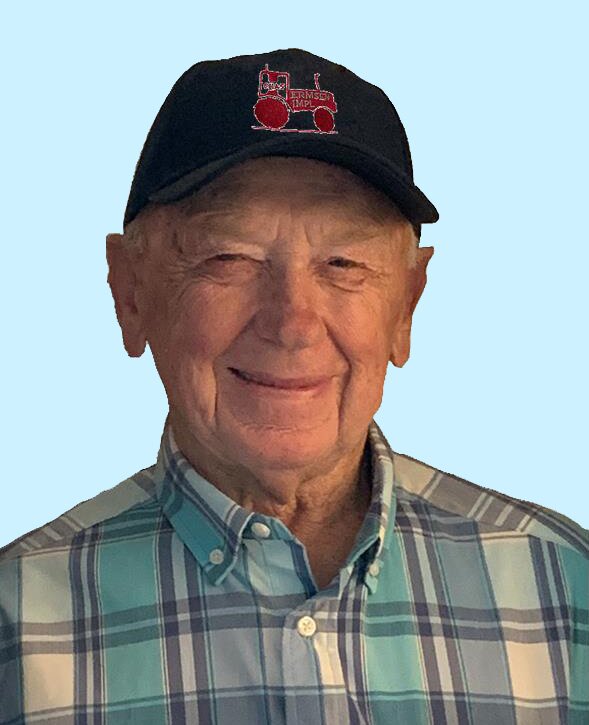 Please share a memory of Charles to include in a keepsake book for family and friends.
View Tribute Book

Visitation will be held from 2-8 p.m., Wednesday, April 6, 2022, at Kramer Funeral Home in Dyersville where a military service will be held at 7 p.m. by the American Legion Post #137. Visitation will continue from 9- 10 a.m., at the funeral home prior to funeral services.

A Mass of Christian burial will take place at 10:30 a.m. Thursday, April 7, at St. Francis Xavier Basilica in Dyersville. Burial will be in the church cemetery where military honors will be accorded by the American Legion Post #137. A lunch will follow in Xavier Hall, at which there will be an opportunity for friends and relatives to share special memories about Charlie.

Charlie was born October 4, 1938 in Dyersville, Iowa, son of Edward Sr. and Florence (Vaske) Hermsen. He received his education in Holy Trinity school in Luxemburg, Iowa, and he never stopped learning. After serving two years in the National Guard, he returned to farming with his parents in Luxemburg. He also was hired at John Deere in Dubuque by saying he knew how to drive a forklift – he learned how to drive it his first day on the job.

In 1968, he married Sharon Cavanaugh, whom he had met at a dance. They farmed with Charlie’sparents for the first five years of their marriage, then purchased the farm from his parents in 1973. A tornado struck the farm in June of 1974, destroying the barn but not the house. That event probably inspired his lifelong interest in weather and storms. Charlie began buying and selling used farm equipment on the side, and in doing so, discovered his true passion. He expanded the farm implement business and cut back on farming when he and Sharon and their three children moved to Dyersville in 1976. Within a few years, his business, Charles Hermsen Implement, was his full-time job. He loved traveling to sales, talking with farmers, making deals, hearing and telling jokes, and working on the equipment. “Love what you do and you’ll never work a day” was true for Charlie, and he never really retired.

Charlie had good help in the business over the years. Nephew Wayne Hermsen developed a strong relationship with Charlie as he worked in the shop. Charlie’s son Ken also put in many hours cleaning, painting, and learning to repair equipment. Leroy Kelchen was a faithful employee and good friend for many years.

Though he worked long hours, Charlie was a devoted family man. When his children were older, Charlie continued to show his devotion by checking to make sure their cars were in good working order. He was a fantastic “wing man” when he came along on a car-buying mission. Charlie also kept an eye on the weather and would suggest you change your plans if a storm was on the way. Some of his last words were “Drive safely”.

Charlie and Sharon attended many dances and neighborhood parties together. Games of Scrabble became a high-scoring battle of wits and obscure words gleaned from the dictionary. Any Hermsen family gathering included lots of games and laughter.

Charlie volunteered any time his adult children needed help. He assisted with countless home improvements. He delighted in his grandchildren, putting up swings on the big trees by the house for them to play on and adding extra seating to the Gator so they could all have a ride together. He attended every game, performance, birthday party, and special event with pride.

As a lifelong learner, Charlie had a “bucket list” of skills and knowledge he hoped to gain. He took piano lessons as well as classes in Spanish and Toastmasters. He enjoyed classic country, Elvis Presley, and polka music. He was a faith-filled man.

Charlie is survived by his wife, Sharon, and their three children: Ken (Jennifer) Hermsen, Shelley Hermsen, and Nicole (Mike) Mullis; five grandchildren: Zoe, David, and Melissa Hermsen, and Connor and Max Mullis. He is also survived by brothers Donnie (Grace) Hermsen and Ed Hermsen, Jr., as well as sister-in-law Juanita (Lyle) Dague and many nieces and nephews in the Hermsen, Cavanaugh, and Jecklin families.

He was preceded in death by his parents, a sister in infancy, and members of the Cavanaugh