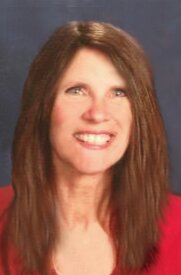 Please share a memory of Mary to include in a keepsake book for family and friends.
View Tribute Book

Mary's services on Saturday can be found on St. Elizabeth Pastorate Facebook Page.

A Funeral Mass will be held at 10 a.m. on Saturday, March 19, 2022 at St. Joseph Catholic Church in Farley with burial at a later date. Rev. Tom McDermott will officiate with Rev. Michael Schueller concelebrating.

Mary was born on February 12, 1963 in Dubuque, Iowa, the daughter of Bud and Madonna (Bousselot) Portz. She married William Mormann III on January 6, 1995 at St. Mary’s in East Dubuque, Illinois.

Mary’s joy of her life was spending time with her kids and grandkids. She enjoyed gardening, riding horses, and socializing with people with her infectious smile and joyous laughter. Her fight and positive attitude never wavered during her battle with AML Luekemia.

In lieu of flowers, memorials can be made to any St. Elizabeth Pastorate or Catholic Schools, Dubuque County Right to Life, Clarity Clinic, and Mary’s Inn.