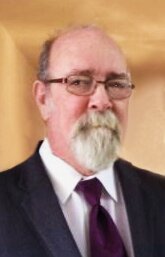 Please share a memory of Jeffery to include in a keepsake book for family and friends.
View Tribute Book

Jeff was born on March 9, 1949 in Manchester, Iowa, the son of Charles and Lucy

Jeff was a proud Navy Veteran who served during the Vietnam War from 1969 – 1975. He was a loving father and grandfather. He will be remembered as the Grumpy Ol Man who loved his guns and Classic Rock.

He was preceded in death by his parents, parents-in-law, brother, Greg “Fuzz” Gioimo, in-laws: Mark and Gary Rave, and Lee Jellison.

The family would like to thank the staff at Tri-State Dialysis for their compassionate care.