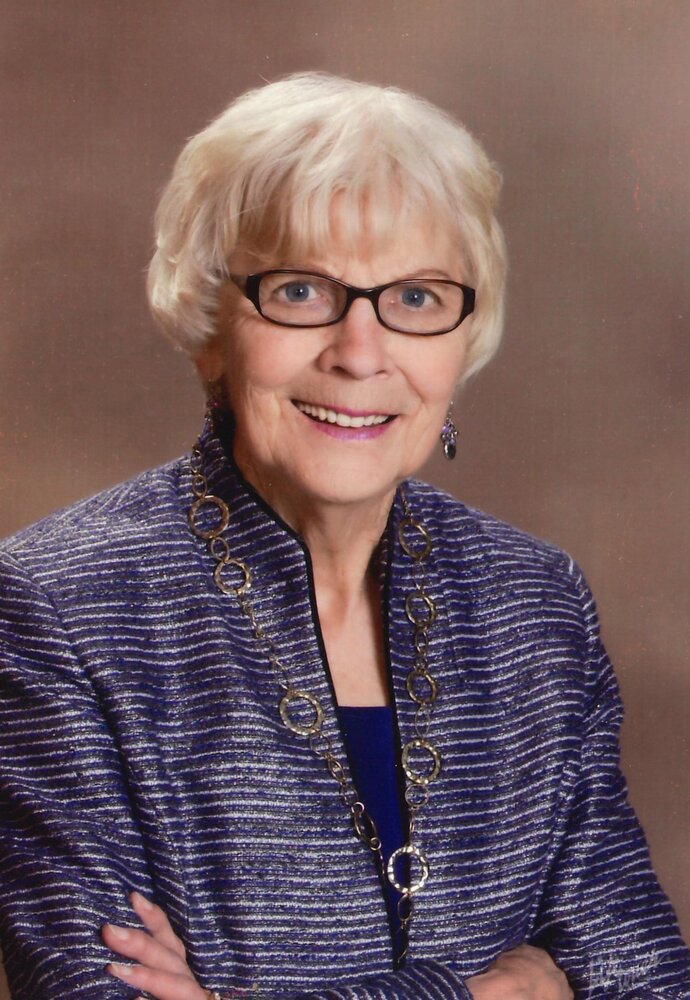 Please share a memory of Esther to include in a keepsake book for family and friends.
View Tribute Book

Visitation will be held from 2 - 7 p.m. on Tuesday, January 25, 2022, at Kramer Funeral Home in Dyersville.  Visitation will continue at the funeral home on Wednesday from 9 – 10 am prior to funeral mass.

Funeral services will be held at 10:30 a.m. on Wednesday, January 26, 2022, at St. Francis Xavier Basilica in Dyersville with burial in the church cemetery.  Rev. Dennis Quint will officiate.

Esther was born on March 5, 1936, in Luxemburg, Iowa, the daughter of Edward W. and Agatha (Clemen) Lake.  She was educated at Holy Trinity School.  She married Floyd J. Klostermann on September 14, 1959, at Holy Trinity Church in Luxemburg.  Together they purchased the Petersburg Creamery in 1960 and started Floyd’s Feed Store, after retiring they sold the business to their two sons now known as Klostermann Bros.

Besides raising her family, Esther was an active member of St. Francis Xavier Basilica parish.  She also was a member of the Catholic Daughters of America Court St. Rose and the Edward W. Lake VFW Post 7736 and American Legion Auxiliary Unit 137, and the Beckman Booster Club.  She enjoyed her time working customer service at the former MAC’s Fashions, Ann’s Bridal and Always and Forever Bridal.

Throughout Esther’s life she had a love for singing and started to sing with the Holy Trinity Choir as a teenager.  After marriage she joined the Basilica Choir and the St. Francis Resurrection Choir and was active in both until just a few years ago.

Esther enjoyed her coffee group, took pride in her yardwork and flowers, walks and especially enjoyed watching her grandchildren play sports in attendance at games and was their biggest cheerleader.

Other survivors include her sisters; Alice Schieltz of Luxemburg, Joann Besler of Hopkinton, Gladys (Bob) Elgin of Peosta. In-laws Wilma Lake of Dyersville, Kay (Gerry) Westhoff of New Vienna, Don (Cheryl) Klostermann of Dyersville and many nieces and nephews.

A sincere and heartfelt thank you to the staff of River Bend Retirement Community of Cascade for their kind and compassionate care.

Share Your Memory of
Esther
Upload Your Memory View All Memories
Be the first to upload a memory!
Share A Memory
Send Flowers
Plant a Tree