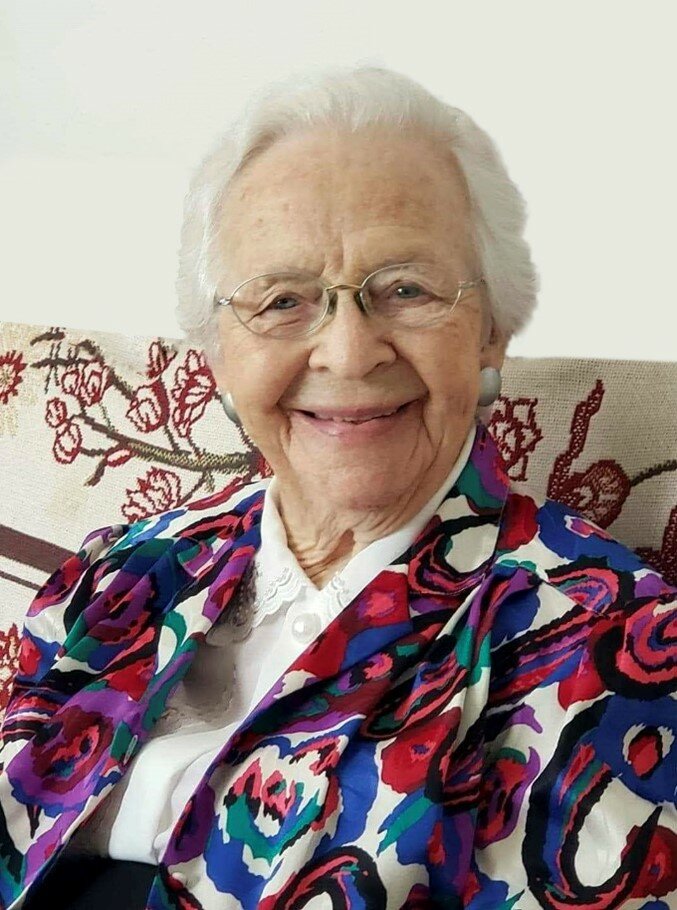 Please share a memory of Ruth to include in a keepsake book for family and friends.
View Tribute Book

A visitation will be held from 9 – 10 am Monday, Dec. 27, 2021, at Kramer Funeral Home in Monticello where a funeral service will be held at 10 am.  Pastor Dave Raemisch will officiate, and burial will be in the Waterloo Cemetery on Kimball Ave in Waterloo.

Ruth was born March 20, 1922, the daughter of George and Bessie McGreer, and lived near Farmington and Fairfield Iowa.

She married Kenneth Earl Hendricks on December 26, 1941, in Memphis, Missouri.

She was a wife, mother, and passionately sold Avon in Monticello.

She also sold Fuller Brush while they lived in Waterloo, Iowa.

She was preceded in death by her parents, husband Kenneth, her daughter-in-law, Diane Ellen Hendricks, and her brother, Lee (Ida Mae) McGreer.

She loved her family and took great joy in their lives.

Memorials may be made to the charity of your choice.