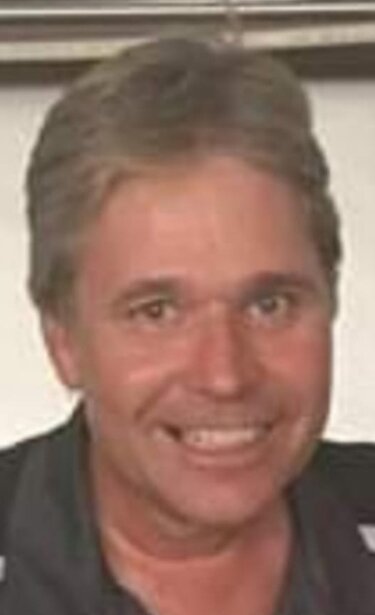 Please share a memory of Larry to include in a keepsake book for family and friends.
View Tribute Book

Visitation will be held from 3 - 7 p.m. Friday, Dec. 10, 2021, at Kramer Funeral Home in Dyersville   Visitation will continue Saturday from 9 – 10 am at the funeral home prior to funeral services.

A Mass of Christian Burial will be held at 10:30 a.m. Saturday, Dec. 11, 2021, at St. Francis Xavier Basilica in Dyersville with burial in St. Francis Cemetery.  Rev. Tyler Raymond will officiate.

Larry was born on October 5, 1965, in Dubuque, Iowa, the son of Vernon and Beulah (Scheckel) Kramer. Larry lived in Naples with his parents and was VP of Sales at Wild Hare Shooting Gear for 30 years.

Larry developed a true passion for aviation at a very young age. He began building and flying small remote-controlled airplanes with his Father Vernon. The two of them participated in pattern plane flying competitions around the country often nudging each other out for top trophies. At seventeen Larry earned his private pilot’s license and he enjoyed giving rides to friends and family. Larry’s talents and passion lead him into building, painting, and flying highly complex jet powered aircraft and became known as a top builder and flyer earning over 50 major awards along with his father. This notoriety made him an expert in the model jet industry and was often sought out for advice and custom-building work for owners around the world. Due to the exquisite detail and craftsmanship, these airplanes were often regarded as works of art and were proudly displayed in museums, private collections, and atriums of corporate facilities. Larry enjoyed entertaining people with his jets and performed at dozens of airshows. At these shows, Larry’s flying often attracted the attention of the other airshow pilots and was frequently visited by some of the top performers including the US Navy Blue Angels and US Air Force Thunderbirds for a “chat’ and some photos. His trademark maneuver was what he called the “barber-pole” where he took the jet into a straight vertical climb, then descended into a constant turn around the vertical line all while trailing a smoke stream. Larry’s flying was always a crowd favorite.

The family wishes to thank all their friends and family and the RC Modeling community for all their care and support after Larry's accident.

Memorials may be given to St. Francis Xavier Grade School.