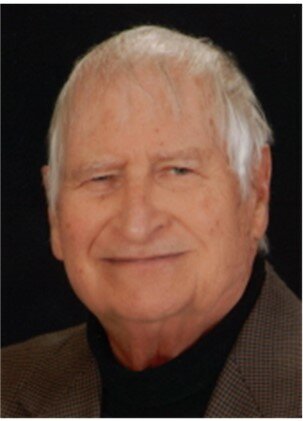 Please share a memory of Jack to include in a keepsake book for family and friends.
View Tribute Book

Jack E. Garrett, 84, of St. Paul, formerly of Waterloo and Clear Lake, died peacefully at Our Lady of Peace Hospice in St. Paul, MN on Thursday, October 21, 2021 after a lengthy illness.

He was born January 9, 1937 in Waterloo, the son of Harris Leland and Lucille Angela (Hofferd) Garrett. He married Carol Johnson at St. Mary’s Catholic Church in Waterloo on May 18, 1957.

Jack was employed with John Deere Waterloo Product Engineering Center for 39 years, retiring in 1995. He served as a Director of the Cedar Valley Arboretum and served as a C.C.D. teacher and parish council member of Sacred Heart Catholic Church, as well as volunteering with Meals On Wheels and food pantries in both Waterloo and Clear Lake. An artist, Jack enjoyed drawing cartoons and especially enjoyed spending time with his family at their Clear Lake home. Additionally, Jack designed houses for individuals and many area contractors. He put his drawing and drafting skills to use by sketching out home additions for many family and friends.

Services will be 10:30 a.m. Thursday, October 28, at Sacred Heart Catholic Church with burial in Mt. Olivet Cemetery. The service will be live streamed via the Sacred Heart Face Book page. Visitation will be from 4 to 7 p.m. Wednesday, October 27, at Hagarty-Waychoff-Grarup Funeral Service on West Ridgeway and at the church for an hour before services on Thursday.

Memorials may be directed to Sacred Heart Catholic Church, Waterloo.

Share Your Memory of
Jack
Upload Your Memory View All Memories
Be the first to upload a memory!
Share A Memory
Send Flowers
Plant a Tree