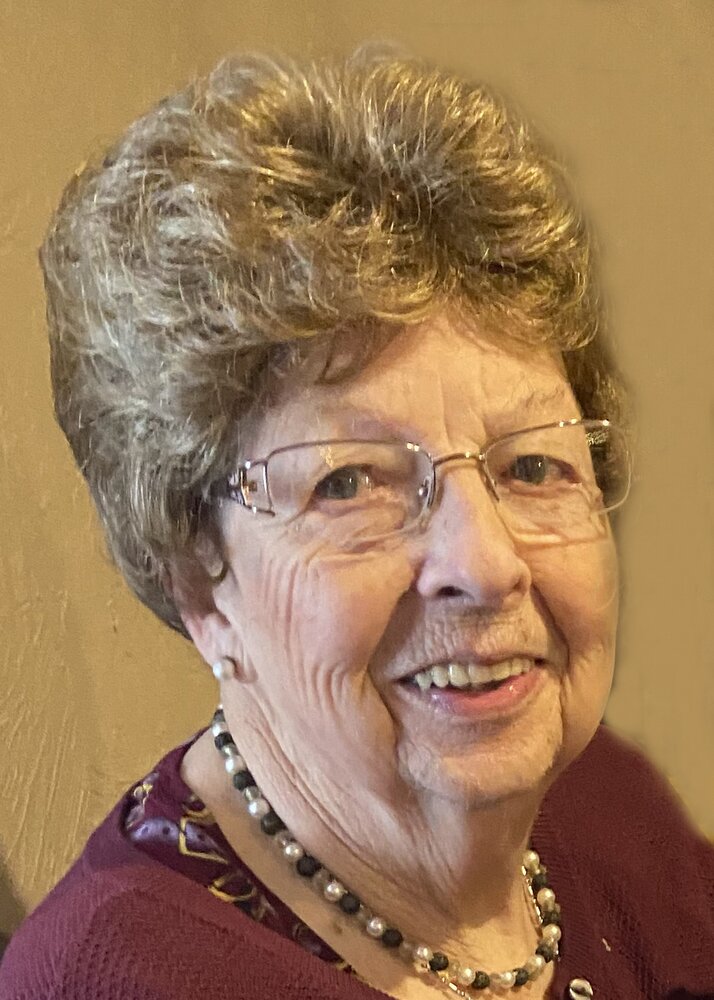 Please share a memory of Grace to include in a keepsake book for family and friends.
View Tribute Book

A Mass of Christian Burial will be held at 11 a.m., Wednesday, October 27, 2021 at Holy Trinity Catholic Church in Luxemburg, with burial to follow in the church cemetery.  Rev. Noah Diehm will officiate.

Grace was born on September 20, 1931 in Luxemburg, Iowa, daughter of Edward and Agatha (Clemen) Lake.  She attended Holy Trinity School in Luxemburg.  She married Jerome (Jerry) Schieltz on April 23, 1951 at Holy Trinity Catholic Church in Luxemburg. Together they farmed north of Luxemburg on the farm that Jerry was born and raised.  Jerry and Grace were married 65 years before Jerry’s death on August 6, 2016.

Grace was active in her faith, especially her devotion to the Rosary. She was talented in quilting, sewing, and crocheting.  Mom always had a big, fruitful garden. She was a hard-working farm wife and worked side by side with Jerry.  She was honored to be part of the legacy of Schieltz farms which started in 1870 by Nicholas Schieltz, Jerry’s grandfather.     She was very proud to see her sons, grandchildren, and family work the farm. She was a simple person who enjoyed the little things in life.  Mom was always happy and content to be at home.  Family was very important to Grace. She enjoyed visiting with her children, grandchildren, and great-grandchildren who affectionally referred to her as Grandma Grace.  She was a member of Holy Trinity Catholic Church, the Rosary Society, the Church Choir, and the Luxemburg Quilting Group.

She will be greatly missed by her family and all who knew and loved her.

She is preceded in death by her parents; two brothers: James and Edward Lake; and in-laws: Ed Schieltz, Bill Besler, Floyd Klostermann, and Germaine Schieltz.

The family would like to thank the staff at Riverbend Assisted Living – Memory Care, Dubuque Specialty Care and Hospice of Dubuque for their compassionate care.