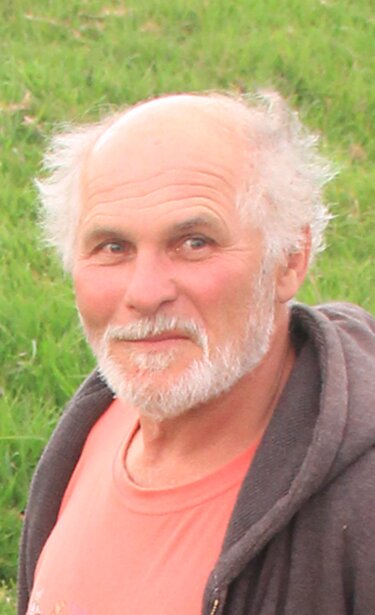 Please share a memory of Larry to include in a keepsake book for family and friends.
View Tribute Book

Larry J. Osterhaus, 69, of Jamberoo, New South Whales, Australia, and formerly of Dyersville, Iowa died in a farming accident at his farm on Monday, September 27, 2021.

A gathering in Larry’s memory will begin at 1:00 pm Saturday, October 30, 2021, at Kramer Funeral Home in Dyersville where Memorial Service will commence at 2:00 pm.  Larry’s niece, Jenny Nadermann, will preside.  Following the service there will be an informal social gathering as a Celebration of Life with snacks, refreshments and shared memories.

Larry was born on March 29, 1952, the son of Clarence “Clay” and Irene (Demmer) Osterhaus.  He graduated from Beckman High School with the Class of 1970, and then from St. John’s University in Collegeville, MN in 1974.  After college, he moved to Denver, CO where he worked at Craig Rehabilitation Hospital and later at UPS. In 1977, he embarked on a trip around the world including stops in India, Nepal & SE Asia and ended up in Australia. He returned home for a short while and then returned to Australia in 1979.

A gifted athlete, he participated in high school baseball, football and wrestling and went on to wrestle in college.  His latest passion, however, was golf.

But Larry had many talents. He farmed his acreage, raised veal calves, bred and trained thoroughbred race horses, invented and marketed his UpsiDaisy Cowlifter and sold Hot Potatoes at festivals around Australia. He also built his own home off the grid and powered it with solar and wind energy. But he is well known for his thirst for knowledge and was exceedingly well read.

He was preceded in death by his parents, a brother, Gene Osterhaus, and a step son, Guy.