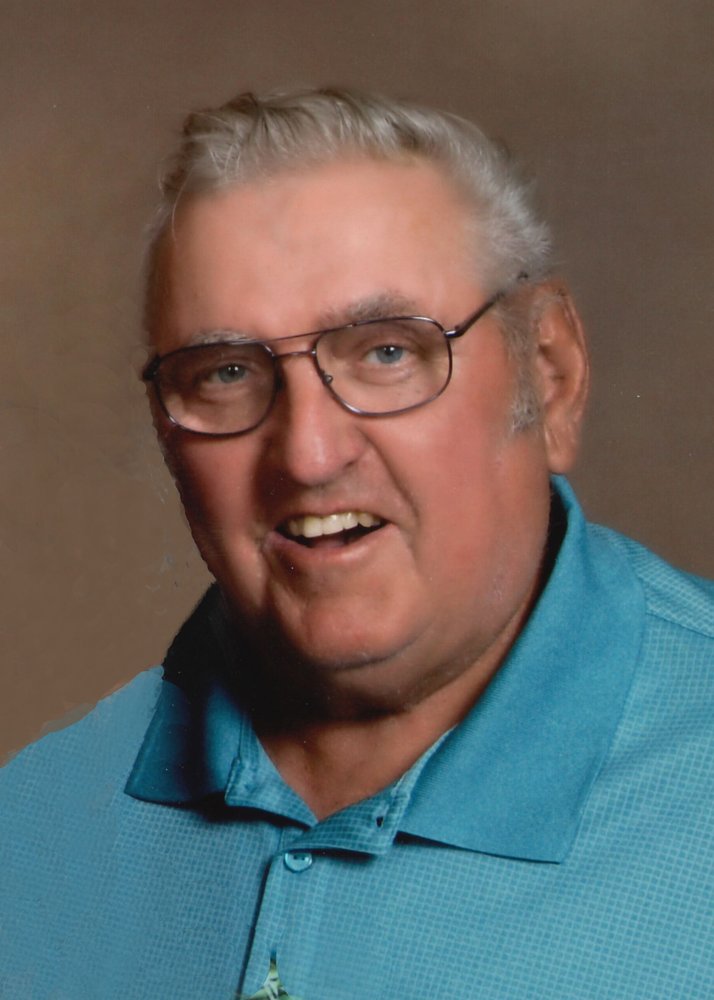 Vernon Charles Boge, 77, of Dyersville passed away peacefully in the early hours of Sunday, May 9, 2021, at MercyOne in Dubuque. His mother and father welcomed him with open arms for their first Mother’s Day in heaven.

Visitation will be held Wednesday, May 12, 2021 from 2:00 p.m. to 8:00 p.m. at Kramer Funeral Home, 750 12th Ave SW, in Dyersville.  A visitation will continue Thursday from 9-10 prior to funeral services at the funeral home.  A Mass of Christian Burial will be held at 10:30 a.m. on Thursday, May 13, at St. Francis Xavier Basilica in Dyersville with burial in the church cemetery.  Rev. Tyler Raymond will officiate. Face masks are required to attend the visitation and funeral.  Funeral Mass live-stream link is https://youtu.be/-GrfHofkJsE

Vern was born at his home farm on November 26, 1943, and was the son of Charles and Emily (Recker) Boge of Dyersville, Iowa. He married Sheila Sutter at St. Patrick’s Church in Dubuque on April 1, 1967, and they were blessed with 54 years together. In those years, the pair took many vacations around the United States with their children, including trips to Florida, Nashville, the Black Hills, and his personal favorite, Colorado. To celebrate Vern and Sheila’s 50th anniversary, their kids, grandkids, and great grandkids took them on a trolley ride around the Dubuque area to relive the memories and visit the significant places of their life’s journey together. A special stop was the Dubuque County Fairgrounds where the couple met at a dance when Vern asked Sheila if she wanted to go outside to see his car. Later, it became the location of their wedding dance.

Vern was passionate about IH tractors, Ford pickups, and riding motorcycles; however, his heart was always devoted to farming and his family. He spent many years and countless hours working at the Century farm he shared with his brother near the Field of Dreams. He was also committed to his work as a laborer for different construction companies in the Dubuque area before his retirement in 2000. He was a proud member of the United Local Laborers’ Union #43. Among his coworkers and friends, Vern was known as “Moose” for his physical strength and large stature. His work ethic was unmatched. He was always willing to help others, especially his children. He liked riding in and watching tractor parades, as well as going to numerous farm shows. He was also a member of the International Harvester Collectors Club, Iowa Chapter 5. Vern frequented the Dyersville Sales Barn (where he worked for over 50 years) to have coffee with Randy, Gerry and the rest of the crew. Vern also loved classic country music and was an avid watcher of RFD-TV.

Although we miss our husband, dad, father-in-law, grandpa and brother, it is bringing us comfort to know that he is now at peace. After he went into remission from stage IV T-cell non-Hodgkin’s lymphoma in 2001, we were lucky to spend almost 20 more years with him on earth. We are sure that in heaven he is listening to George Jones and Loretta Lynn, and making up for lost time with his brother-in-law, LeRoy Kelchen, talking about tractors, farming, and family. “If it ain’t red, leave it in the shed.”

He was preceded in death by his parents, Charles and Emily (Recker) Boge; his in-laws, Bob and Odelia (Tegeler) Sutter; brother-in-law, LeRoy Kelchen; niece, Loretta Kelchen; and nephews, Lyle and Mitchell Kelchen.

Cards and letters may be mailed to Kramer Funeral Home, 750 12th Ave. Dyersville, IA  52040 c/o Vernon Boge.  Online condolences may be left for the family at www.kramerfuneral.com.

The family would like to thank Dr. Little, Dr. Ringold, Dr. Jones, and all the nursing staff on the third floor (especially Molly, Stefanie, Peggy, Winnie and Cara) of MercyOne in Dubuque.

Share Your Memory of
Vernon
Upload Your Memory View All Memories
Be the first to upload a memory!
Share A Memory
Send Flowers
Plant a Tree