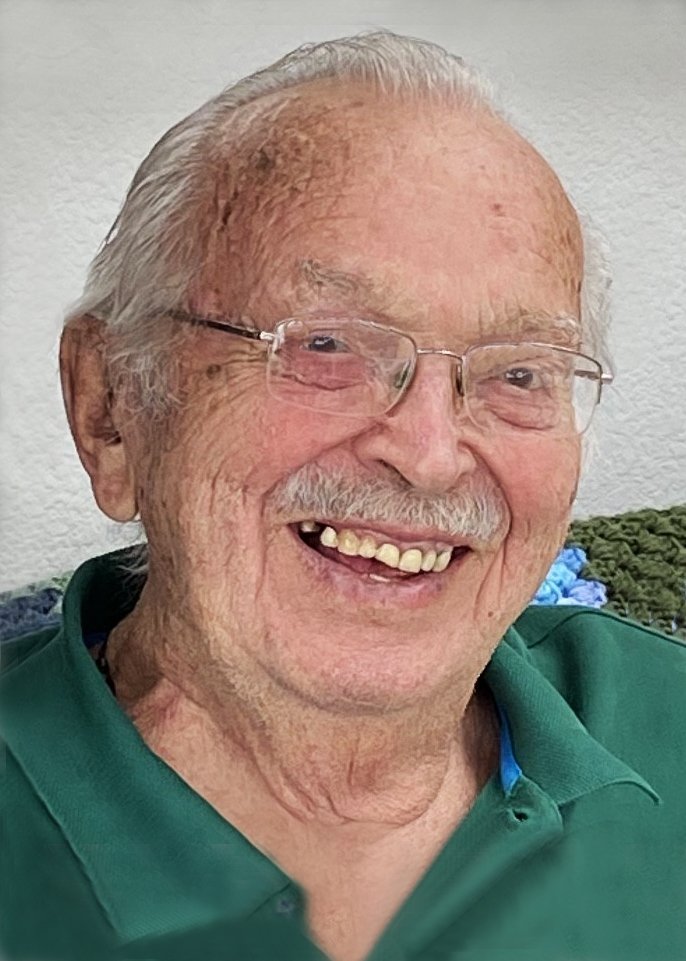 Robert "Bob" Necker died peacefully April 14, 2021 with his wife, Viola at his side in spirit.

Robert George Necker was born Dec 21, 1931 in Dyersville, Iowa to George and Mildred (Heming) Necker, graduating from Xavier High School in Dyersville in 1949.  He enlisted in the U.S. Navy 1951, in the Korean War, serving until Jan 1955, discharged honorably and enjoyed the Dyersville American Legion Post #137 gatherings for 60 years.

After Bob married Viola (Muller) Richard in June 2012, they delighted in attending weddings and baptisms where Bob was proclaimed 'honorary grandfather and great grandfather' on many occasions.

Bob married Darlene Meisenburg in 1958, she died in 2007.  His life-long friend, David Dunkel was Bob's caregiver in Bob's later life; and the family wishes to extend their thanks to Mr. Dunkel, and to St. Croix Hospice.

Bob served as a postal carrier many years, and also as owner/proprietor of OfficeTap in Dyersville, where he enjoyed the customers and cooked his famous ribs.   He also enjoyed garden flowers and caring for small animals, as he was known as "Nature Boy" in his youth.   In his later years, Bob enjoyed puzzles, painting nature scenes and feeding birds in the yard.   Bob was a member of Immaculate Conception Parish in Kieler Wisconsin.  He was active in CEW and That Man is You Bible study.

Information available at www.kramerfuneral.com.  Cards may be sent to the Necker family in care of Kramer Funeral Home, 750 – 12th Ave SW, Dyersville, Iowa  52040.