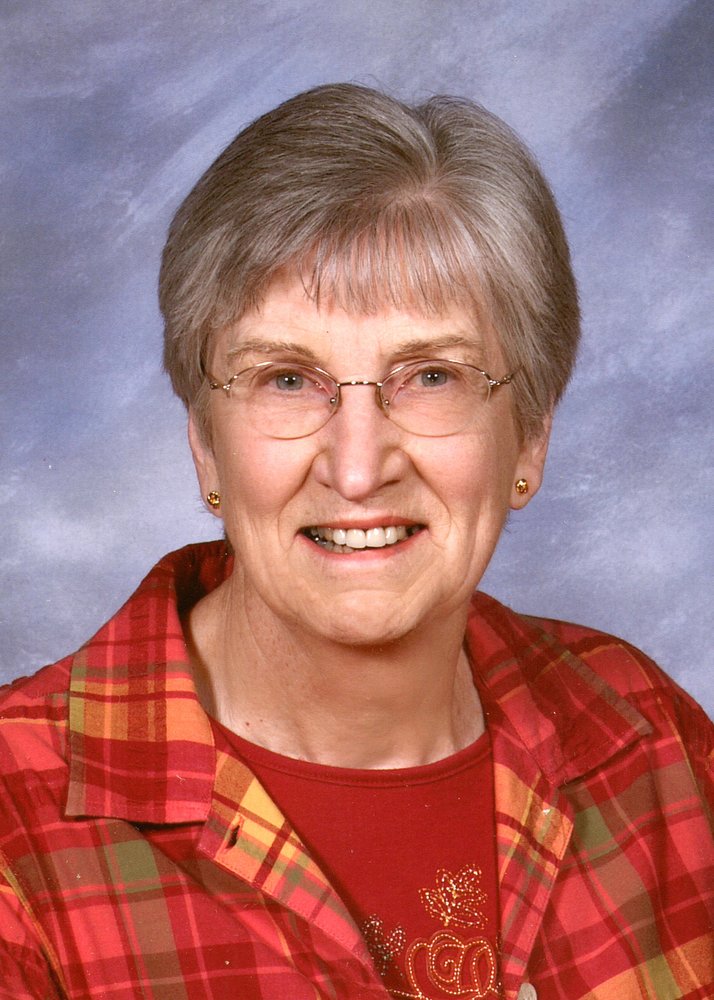 Rosemary C. “Rosie” Ploessl, 87 of Holy Cross, passed away peacefully on April 11th, 2021, reuniting with her Donnie one day after their 65th wedding anniversary.

A Mass of Christian Burial will be held at 11:00 a.m. Saturday, April 17th at Holy Cross Catholic Church, Holy Cross, with burial to follow in the church cemetery. Rev. Noah Diehm will officiate. The Mass will be live-streamed on Kramer Funeral Home’s Facebook page.

Rosie was born December 30, 1933 at home on the family farm near Five Points in Center Township of Dubuque County, Iowa, the daughter of Peter W. and Alvina (Wilwert) Stoffel. She married Donald A. “Donnie” Ploessl on April 10, 1956 at St. Joseph’s Catholic Church in Rickardsville, Iowa. Farming was their life and together they began farming at North Buena Vista before her father eventually asked them to move to the Stoffel family farm in Rickardsville. In 1984 they retired to Holy Cross, eventually moving to the apartment next to the funeral home in 1998 where Rosie proudly and meticulously cared for its surroundings. She was a member of the Holy Cross Catholic Church and Rosary Society.

Rosie was a strong, beautiful soul with an unwavering faith in her Lord that carried her through many struggles, always caring for others before herself. Rosie always spoke of how thankful she was to be blessed with her children, grandchildren and great grandchildren that she had never expected to see after spending nearly two years quarantined with tuberculosis in the early 1960s when she was in her late twenties. “What will be, will be.” “Do not be sad for what you have lost but be happy for what you have.”

In lieu of flowers, Rosemary requested any memorials be given as donations in her memory to Hospice of Dubuque, Holy Cross Church, MercyOne Senior Care Foundation, or the Holy Cross/N. Buena Vista Ambulance for being there in her family’s time of need. Cards of condolences may be directed to Kramer Funeral Home, 5754 Maple Road, Holy Cross, Iowa 52053

The family extends special thanks to the compassionate and loving staff of MercyOne Senior Care – Dyersville and Hospice of Dubuque for taking such special care of our Rosie and becoming her second family during this pandemic, especially Melissa, Mikayla, Audrey and Zoey for that last night. You will be treasured by our family forever.