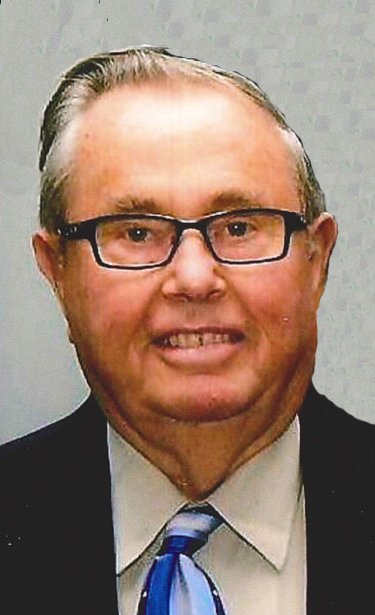 Please share a memory of Lloyd to include in a keepsake book for family and friends.
View Tribute Book

A Mass of Christian Burial will be held at 11 am Wednesday, April 14, 2021, at Sacred Heart Catholic Church in Monticello.  Rev. Paul Baldwin will officiate.  Burial will be in the church cemetery with military honors.  Services will be live streamed via the Sacred Heart Facebook page.  Masks are required at Mass and social distancing is encouraged.

Lloyd was born January 3, 1937, at the Monticello Hospital in Monticello, IA to John and Rose (Kramer) Welter.   He grew up with three brothers on the family farm a few miles south of Monticello where he later made his family home.  Lloyd graduated from Sacred Heart High School in Monticello in 1954 and was drafted into the U.S. Army to serve as a Communications Specialist stationed in Europe from 1956-1958.  During his two-year military service Lloyd survived several life-threatening events and typical of him, came through them more optimistic and adventurous than before.

Upon his return from the Army, Lloyd attended Loras College in Dubuque.  He met his future wife, Joyce Kronlage at a dance at the Prairiemoon Ballroom.  The two were married on October 5, 1963, in Prairieburg, and began building what would become a large and wonderful family with six children.

In the 1980’s Lloyd was affected like many in the farm crisis, but true to his nature, Lloyd stood through the adversity and pivoted by creating a new business initially as Farmstead Builders.  He subsequently started the 40-year-old business of Welter Storage Equipment Company created new opportunity for Lloyd’s family, communities throughout Iowa, and specifically Monticello, Cedar Rapids and Dubuque.

The saying that “Everyone lives but few have the courage to really live” applied to Lloyd. He really enjoyed collecting antique cars, tractors and trucks, attending the Great Jones County Fair, and driving around Monticello.  He was a long-time member of the Lion’s Club.  More descriptive of Lloyd was his love for his family, his friends, community and people in general.  He enjoyed spending time with family and friends at his lake Delhi cabin and twenty winters in their Florida home.  The social aspect of Lloyd’s life was paramount to his perspective and he engaged people of all walks through his genuine interest in their lives and stories.

Lloyd’s time in Europe ignited his interest in the world and travel.  After his career was stabilized, Lloyd and his wife Joyce travelled throughout the world.  Lloyd’s interest was in the people of the world more than the places and those travels impacted his life very positively.  He loved collecting items from other countries that reminded him of their unique culture.

Lloyd’s family was his true love and the joy he experienced with them was evident to all.  His wish was always for their success, individuality and their freedom to live their lives completely.  Lloyd’s life was a life “well lived” and he was an example for us all to take action towards the purpose of our lives.  In the end, he will be remembered for how he influenced our lives positively and gifts he offered in the form of his life by example.  He was very much a leader and he engendered an understanding of hope and possibility in those who knew him best.  We are better for loving and knowing him.

Information available at www.kramerfuneral.com.  Cards may be sent to the family in care of Kramer Funeral Home, PO Box 791, Monticello, Iowa 52310-0791.

Share Your Memory of
Lloyd
Upload Your Memory View All Memories
Be the first to upload a memory!
Share A Memory
Send Flowers
Plant a Tree