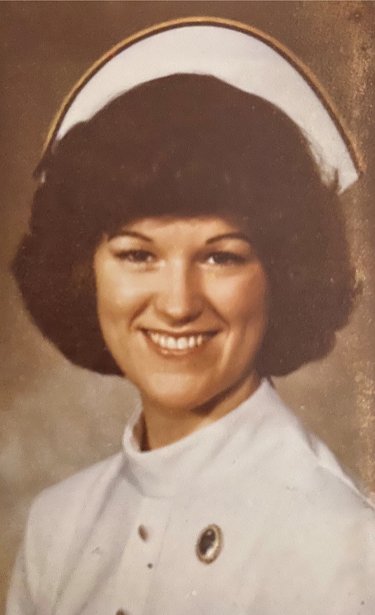 Cynthia "Cyd," Klein, 67, of Rickardsville, Iowa, passed away Thursday, March 25, 2021, at her home surrounded by loved ones. She fought the brutal cancer, as strongly as anyone.

Cyd was born October 25, 1953, in Mason City, Iowa, the daughter of Ralph “Bill” and Cheryl (Stufflebeam) Warner. She had two siblings Tom and Claudia. She graduated from Camanche High School in 1972, attended Iowa State University and Mt. Mercy College and became an RN.  She married Marc Gabrielson in 1975 and they had three sons: Matthew, Mitchell, and Mikel. She began nursing in Belmond and Clarion Community Hospitals, before moving to Dubuque where she worked at the VNA.  She impacted many.

On Oct 7, 1988, she married the love of her life, Paul Klein.  They were married for 32 years.  Paul was with her every step of the way. Their love was a blessing. Her last words were “I love you” and she embodied that statement. She was a lifelong nurse and childcare nursing consultant; she took great pride in her work. Cyd was a fighter, and she always did it her way. She provided her sons with unwavering support and fully believed in them.  She left a legacy on earth that lives on. She wants everyone to visit the pond and enjoy the sandy beach and diving-board at her “She-shed”, especially her most prized possessions, her grandchildren.

The family would like to thank Dr. Herman and his entire staff; the incredible team at Hospice of Dubuque; and all of the family and friends who helped care for her and Paul over the past year. Cyd and her family will be forever grateful for the care that was shown.

Sail on silver girl. Sail on by. Your time has come to shine. Rise and shine and give God the glory.

A memorial celebration is being planned at the pond on the farm. Dates and details of the celebration will follow.

In lieu of flowers, Cyd and her family would be honored to have donations given in her name to Hospice of Dubuque or any charity you may be connected with.

Information is available at www.kramerfuneral.com. Cards may be sent to the family in care of Kramer Funeral Home, 750 – 12th Ave SW, Dyersville, Iowa  52040.