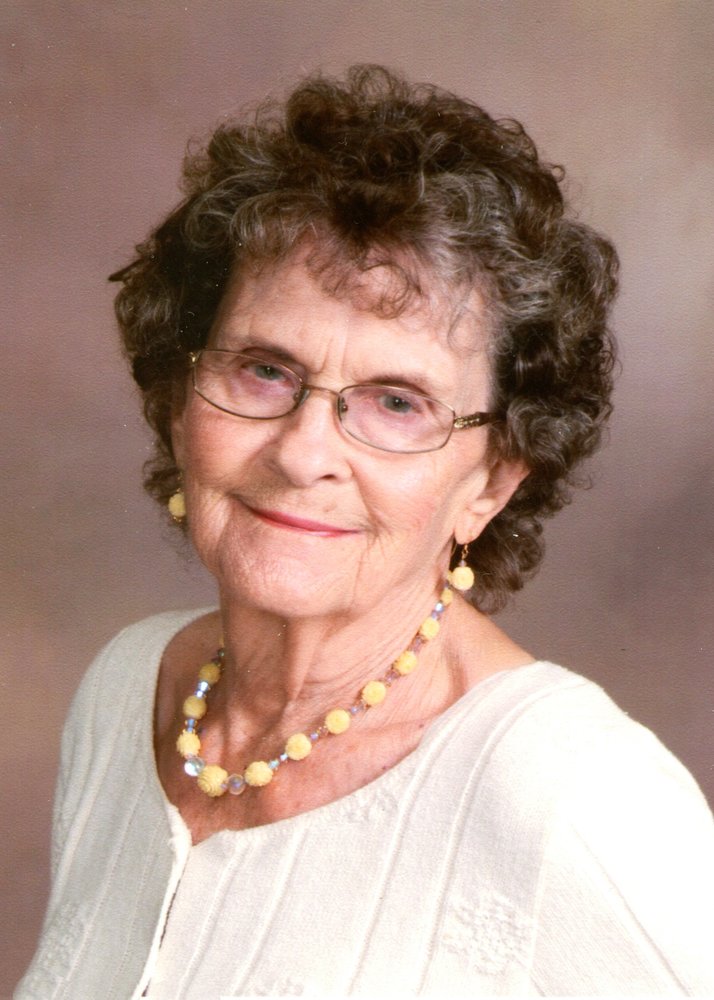 Friends may call at the Basilica of St Francis Xavier in Dyersville from 10:00 am until 12:30 pm on Monday, January 18th, with Mass to follow at 1:00pm.  Burial will follow in the St. Francis Xavier Cemetery.

Donna was born on March 8, 1930, in rural Bankston, IA, daughter of William and Sylvia (Schmitt) Pins.  She grew up on the family farm with her five siblings: Clarence, LaVerne, Elaine, William, and Marilyn.  She was a graduate of St. Clement’s High School in Bankston.

Donna married Lloyd Goerdt on Sept. 17, 1953, at St. Clements Church in Bankston. Together they farmed northwest of Dyersville for 15 years later moving to Dyersville in 1968.  Lloyd preceded her in death on January 10, 2000.

Donna was a great cook and homemaker, and her “made from scratch” recipes were favorites with her husband and ten children.  She had an extra special knack with cinnamon rolls, and they did not last long once removed from the oven.  Nothing pleased Donna more than having her entire family home for special events.  She especially looked forward to the annual 4th of July affair at the Lloyd’s Garage Party, hosted by son, Billy and his talented friends who provided music for a festive gathering.  Donna was a long-time member of the Dyersville Legion Post 137 Auxiliary and VFW Auxiliary in New Vienna.

The family wants to thank Cookie Scherrman, Dr. Thomas Miner, and Hospice of Dubuque for their thoughtful assistance during our time of need.

Online condolences may be left for the family at www.kramerfuneral.com. Cards and memorials may be sent to the family in care of Kramer Funeral Home, 750 12th Ave SW, Dyersville, IA 52040-1816.