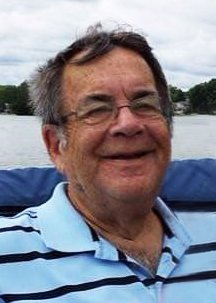 Private family graveside services will be held on Monday, January 11, 2021 at Wayne Zion Cemetery in Monticello.

Bill was born June 5, 1945 in Elwood, IN the son of William and Patricia (Conwell) Fitzpatrick. He married Linda Bunting on July 15, 1977 at the Lutheran Church of the Resurrection in Marion.  Bill worked at Collins Radio for 39 years.   He and Linda retired to their lake house in Montezuma in 2005.  In his pastime Bill enjoyed boating on Lake Ponderosa, golfing, amateur radio, and spending time with his grandsons.  Bill was also an avid sports fan.

He is preceded in death by his parents, in-laws, Martin and Aurilla (Orr) Bunting.

Cards, letters and memorials may be mailed to the family in care of Kramer Funeral Home, P.O. Box 791 Monticello, IA 52310. Please include first and last name William Fitzpatrick the outside of the envelope.

The Fitzpatrick family would like to thank Care Initiatives Hospice, especially Michelle.

Share Your Memory of
Bill
Upload Your Memory View All Memories
Be the first to upload a memory!
Share A Memory
Send Flowers
Plant a Tree