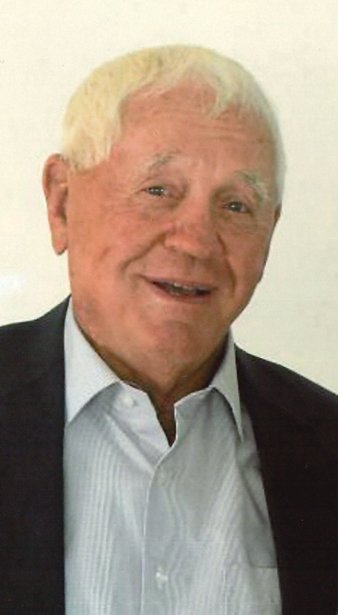 Melvin L. Manternach, 87, of Monticello passed away Tuesday, January 5, 2021, at Mercy Medical Center in Cedar Rapids due to complications of COVID.

A private Mass of Christian Burial will be live-streamed at the Sacred Heart Catholic Church Facebook page at 11 am Saturday, January 9, 2021.  Burial will be in the church cemetery.  Rev. Paul Baldwin will officiate and Deacon Ed Goldsmith will assist.

Mel was born March 22, 1933, in Monticello the son of George and Clara Manternach.  He served in the US Army stationed in Kansas, but due to the death of his father, Mel was released early to care for the family farm.  On August 7, 1954, he married Elizabeth “Betty” Hoffmann at St. Mary’s Catholic Church in Cascade.  Together they farmed near Monticello and enjoyed over 66 years of marriage and dancing.  In 1992, Mel and Betty moved into town but never really retired from farming.  He passionately served as a board member Immaculate Conception, Castle Grove and Sacred Heart parishes, was active in his community as a member of the Monticello Lions Club, and served as a National Director in the National Farmers Organization.  He was a very proud member of “Table of Knowledge” at Darrell’s Family Diner.  In later years he assisted his children as equipment operator (loved his bulldozer) and repair man on the farm, remodeling houses, construction and disaster recovery (flood and derecho)

He was preceded in death by his parents, a daughter-in-law, Kristy Manternach, a sister, infant Joan and in-laws: Elodie Manternach, Shirley Manternach, Mike Ahart, and Bill Hoffmann.

Online condolences may be left for the family at www.kramerfuneral.com.  Cards and memorials may be sent to the family in care of Kramer Funeral Home, PO Box 791, Monticello, IA 52310-0791.

Share Your Memory of
Melvin
Upload Your Memory View All Memories
Be the first to upload a memory!
Share A Memory
Send Flowers
Plant a Tree