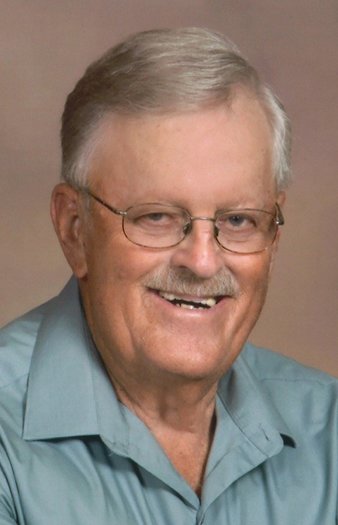 Please share a memory of Jerome to include in a keepsake book for family and friends.
View Tribute Book

Jerome L. "Jerry" Koch, of Dyersville, passed away on December 21, 2020 at noon at his home from congestive heart failure.

A private family viewing will be held on Tuesday, December 29 at Kramer Funeral Home in Dyersville.

A public Mass of Christian Burial will be held on Wednesday, December 30 at 10:30 a.m. at St. Francis Xavier Basilica in Dyersville.  Masks and social distancing are required for attendance.  Mass will be broadcast live via YouTube at https://youtu.be/SBjpSZD9zlc.

Jerry was born July 7, 1936, at home in Petersburg. He was the first son of Lawrence and Julanda (Osterhaus) Koch and was born under a shade tree on what is still the hottest day of record for that date.  He married Jeanine Gassmann on Tuesday, April 30, 1957, in the Holy Cross Catholic Church, at 8:30 a.m.

Jerry was a self-taught businessman.  At the age of 14, Jerry began working with carpenters Ray Rubly and Mickey Domeyer (his uncle). He continued working in the building trade until he and his brother Bob started an insulation business in Dyersville in 1957.  Jerry then honed his skills by constructing farm buildings until 1965 when he started K & K Building & Supply.  He and his crew went on to build 400 houses during his lifetime. From 1970-2020, Jerry also developed about 350 residential lots and several commercial properties in Dyersville, along with some in Holy Cross, Monticello and Dubuque. He was the founder of Lumber Specialties in Dyersville in 1982.  Of the buildings he designed and built, he was most proud of the Country Junction Restaurant, Ellen Kennedy Living Center, Total Fitness/National Farm Toy Museum, all in Dyersville, and the AmericInn and Red Roof Diner in Peosta.  Jerry recognized and appreciated the help and support of Jeanine with his business ventures.

Jerry served as Mayor of Dyersville from 1976-1980. He was a member of St. Francis Xavier parish and served on the parish lay board for several years. He served on the JTPA Board at NICC, Asbury Development Board and Dubuque County Zoning Board, and for 32 years on the Dyersville Progress Board. He was recognized for his development efforts by the Dyersville Chamber of Commerce in 1992 and was honored as the Dyersville Lions Club Citizen of the Year in 2012.

Jerry was truly a salt-of-the-earth man.  He was skilled at drafting, designing and building, and found joy, pride and fulfillment in hard work. He was charismatic, was an entertaining story-teller with a great sense of humor, and had a warm, genuine and friendly nature. He enjoyed playing cards in any form, trips to Las Vegas, and watching his favorite game shows.  Above all, he loved God, his wife and his family.

Jerry's family thanks Drs. Robert Tomas, Judson Ott and Thomas Johnson for their excellent care over the years. Memorials may be made to St. Francis Xavier Basilica, Beckman Catholic High School and Hospice of Dubuque.  The family requests no flowers or memorial gifts at this time.

Cards and condolences may be sent to the family in care of Kramer Funeral Home, 750 12th Ave SW, Dyersville, IA 52040.

Share Your Memory of
Jerome
Upload Your Memory View All Memories
Be the first to upload a memory!
Share A Memory
Send Flowers
Plant a Tree