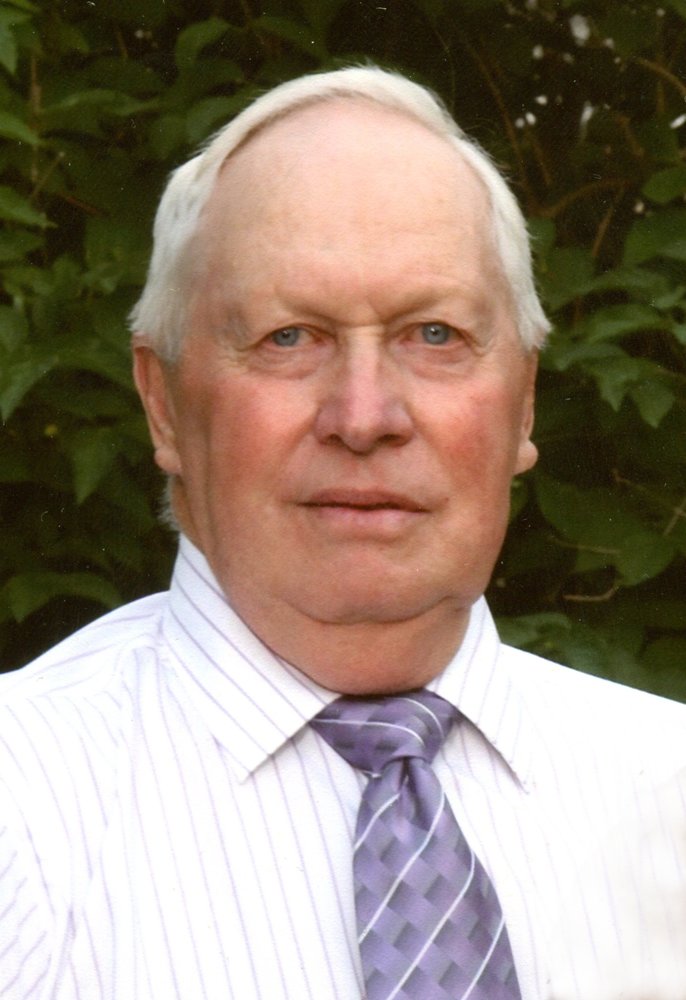 Mass will be live streamed, go to https://vibrantcatholic.com/live-streaming

Richard B. Hermsen, 89, of Edgewood, formerly of Luxemburg, passed away Wednesday, November 4, 2020 at MercyOne Medical Center in Dubuque.

There will be a private family visitation at Kramer Funeral Home in Dyersville.

A private family Mass of Christian Burial will be held at 11:00 a.m. Monday, November 9, 2020 at St. Mark’s Catholic Church, Edgewood, with a prayer service at St. Patrick’s Catholic Church prior to burial at St. Patrick’s Cemetery, Colesburg, military honors will be accorded.  Rev. John Haugen will officiate. No visitation at church and masks are required for those attending services.

Richard was born May 10, 1931 the son of Gregor and Anna (Klosterman) Hermsen. He served in the United States Army. Richard married Eileen C. Gaul on August 24, 1957 at Holy Trinity Catholic Church in Luxemburg, she preceded him in death on December 21, 2018.  They farmed in the Dyersville area until they purchased their farm south of Colesburg in 1963.  They retired in 1989 and moved to Luxemburg, later moving to Edgewood.

Richard had a great love for farming, road farming in his later years.  He often would go to the local feed store to keep in touch with his farming friends.  He was a huge fan of baseball especially the New York Yankees.  Richard enjoyed travelling with Eileen.  He was passionate about genealogy, local history and WWII stories.  Richard had a special snack drawer for the little ones when they came to visit. His family was very important to him and he will be dearly missed.