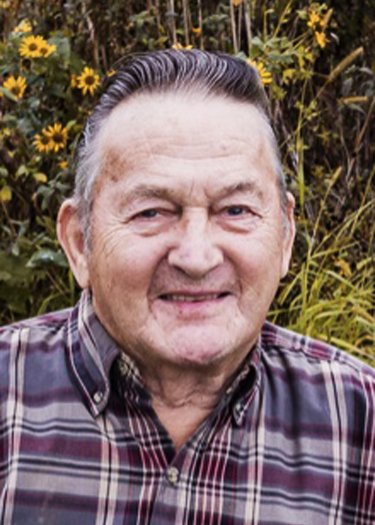 A Mass of Christian Burial will be held at 11 a.m. Thursday, Nov. 5, 2020, at Holy Trinity Catholic Church in Luxemburg with burial in the church cemetery.  Military Hhonors will be accorded by American Legion Post 137.  Rev. Noah Diehm will officiate. Masks are required and social distancing should be observed. This will air on Facebook Live at Kramer Funeral Home.

Lavern was born March 9, 1940, near Petersburg the son of William and Calista (Klaus) Goedken.  He married Patsy Bockenstedt on July 28, 1965, in Petersburg.  He was primarily employed as a laborer for several local companies in Dubuque and Clayton Counties, most recently at Lumber Specialties in Dyersville.  He loved and collected Cub Cadet and International Harvester tractors, enjoyed spending time with his grandchildren, splitting firewood, road trips with Patsy, playing cards and camping.  He was very proud to have received his quilt of valor last November on Veteran’s day.