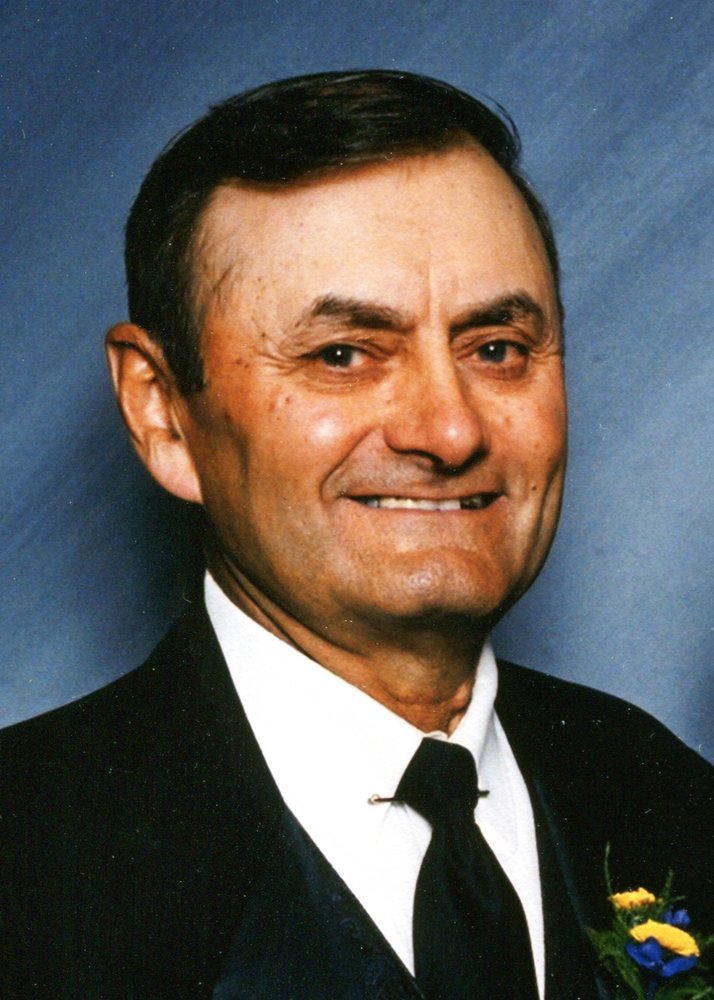 A Mass of Christian Burial will be held at 11 a.m., Friday, October 30, 2020 at Holy Cross Catholic Church in Holy Cross, Iowa with burial in the church cemetery.  Rev. Noah Diehm.

Jack was born May 25, 1935 in Petersburg, Iowa the son of Andrew and Frances (Von Lehmden) Domeyer. He married Shirley Stillmunkes on June 3, 1958 in Holy Cross, Iowa.  Together they farmed near Holy Cross until retiring in 2001.

He was a skilled carpenter throughout his life. He coached the Holy Cross Softball team for many years. He and Shirley enjoyed their Country Dance Group and their card clubs with friends. He was known for the “Jack Domeyer” two-no-bid. Jack was an avid Chicago Cubs fan. He later enjoyed restoring old tractors. He most enjoyed sharing his passions with his grandkids, and greatgrandkids.

The family would like to thank the staff at Ellen Kennedy Center and Dubuque Specialty Care for their compassionate care.