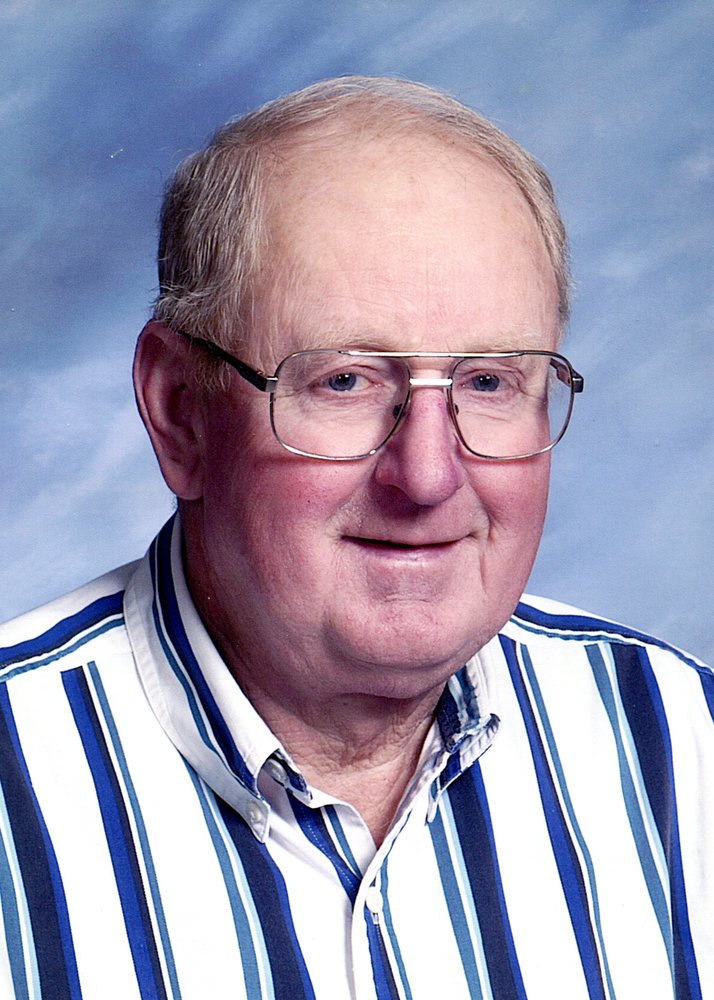 NEW VIENNA, IOWA Edward J. Lukan, 79, of New Vienna, Iowa passed away Wednesday, June 10, 2020, at MercyOne Hospital, Dubuque. “I want it said of me by those who knew me best, that I always plucked a thistle and planted a flower where I thought a flower would grow.” Abraham Lincoln Visitation will be held from 2:00 to 8:00 p.m. Sunday, June 14, 2020, at Kramer Funeral Home, in Dyersville, New Vienna Luxemburg Fire Dept. will gather at 6:00 p.m., and the VFW and American Legion will gather at 7:00 p.m. Visitation will continue Monday from 8:30 to 9:30 a.m. at Kramer Funeral Home prior to funeral services. A Mass of Christian Burial will be held at 10:30 a.m. Monday, June 15, 2020 at St. Boniface Catholic Church in New Vienna with burial in the church cemetery where Edward W. Lake VFW #7736 and American Legion Post # 137 will accord military honors and the Delaware County Fire Department Honor Guard will conduct Ed’s last call. Rev. Tony Kruse will officiate with Rev. John O’Connor concelebrating. Ed was born February 11, 1941 the son of John “Tally” and Frances (Bruening) Lukan. Ed graduated from St. Boniface High School in 1958. He served in the United States Army with the First Calvary Division, stationed in Korea, serving as the chaplain’s assistant. In 2008 Ed retired from Lukan’s Service Station having worked at, owned and operated the service station for 50 years. . Ed loved New Vienna and valued community service. He served on the New Vienna Fire Department for 31 years, and was instrumental in founding the EMS services in Dubuque County. He was past president of Dubuque County Firefighter Association and a member of Dubuque County Firefighter Hall of Flame. He was a member of the VFW #7736 serving as their chaplain and assisting in the business operations as well 54 year member of the Dyersville American Legion #137. Ed’s passion for the outdoors led him to initiate the founding of the Tri-County Sportsmen’s Club, serving as president from 1984 until 2018. He was also a charter member of the New Vienna Perch Club. Ed made others around him happy and was made happy by the simple things in life. Bullhead fishing in Minnesota, a rabbit hunt with Beagles on Sunday afternoon and a Schmidt beer after working in the garden brought him great joy. For many summers Ed raised and sold sweet corn, and enjoyed interacting with the customers who stopped by the corn wagon. Ed was also known for turning old tractor tires into feed bunks and considered many of his customers to be his friends. Ed was proud to have been an independent businessman and surviving challenges like the farm crisis. Even though he dedicated long days to the service station he always made time for his sons, traveling to ball games and inventing games in the station for the boys to play. He was a firm believer in letting nothing go to waste, and was proud to have kept a fleet of old cars and trucks running in various stages of repair. Ed was fond of saying anybody can drive a new car, it takes a man to keep an old one on the road. For several years Ed drove a Jeep grand Cherokee that didn’t have reverse. He said he didn’t need reverse, just always go forward. Survivors include his sons: Michael Lukan of Dubuque, Mark “Sparky” Lukan (special friend Bobbi Feldmann) of New Vienna, and Steven (Sarah) Lukan of West Des Moines, 4 grandsons: Jayden Lukan, Theodore, Oliver, Henry Lukan, siblings: Mary Ann Lukan of New Vienna, Jim (Pat) Lukan of Cedar Rapids, his niece and nephews and his beloved German Shorthaired Pointer, Sadie. He was preceded in death by his parents, former wife Doris Clark Lukan Marsh, siblings: Darlene (Robert) Wilson, Madonna Lukan and John Lukan Jr. In Lieu of flowers memorials may be directed to the Tri-County Sportsman’s Club, the New Vienna Fire Department or St. Boniface Church.
Sunday
14
June

Share Your Memory of
Ed
Upload Your Memory View All Memories
Be the first to upload a memory!
Share A Memory
Send Flowers