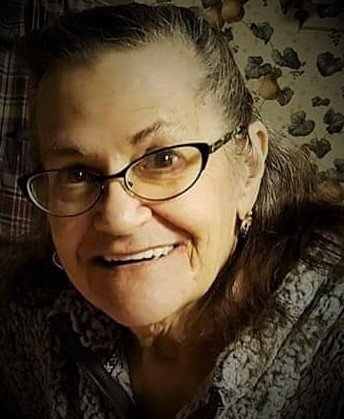 A public visitation will be held from 9:30 – 11:00 am Saturday, June 19, 2021, at Sacred Heart Catholic Church in Monticello where a Mass of Christian Burial will commence at 11:00 am.  Rev Paul Baldwin will officiate.

Maria Therese Schutz was born January 6, 1949, to Adam & Adeline (Gallo) Schutz in the Chicago suburb of Elmwood Park, IL where she attended elementary schools and was encouraged to take art classes at The Art Institute of Chicago due to her emerging talent. She later graduated from Trinity High School in River Forest, IL. Maria attended college in Green Bay, WI at St. Norbert’s where she met her future husband Jerry White and they were married several years later, May 23, 1970, at St. Vincent Ferrer Catholic Church in River Forest, IL. A city girl and a farm boy, what a mix! Jerry & Maria were married for over 49 years and were due to celebrate their Golden Anniversary this May. Maria & Jerry settled in Monticello, IA where they raised their family. This is where Maria began her artistic career. From the humble beginnings of offering art classes in their family home she opened Maria’s Art in 1979. She began teaching ceramic classes and painting historic buildings of Stone City, IA which led to her creating personalized ornaments that have touched many lives for over 40 years. The ornaments can be found in homes all over the United States and countries across the globe. Maria has notably painted ornaments for Buckingham Palace and Fox News host, Laura Ingraham. Maria was active in her local community, she had volunteered many hours sharing her art knowledge at local Monticello schools and Linn Mar HS in Marion, IA. She was a past Chamber of Commerce President and member of the Delphian Society, which promotes education of women. She had donated her talents to countless organizations and was active in the Sacred Heart Catholic Church.

She is survived by her husband Jerry, her 3 children: Anthony (Stacy) & Andrew (Anna) White of Monticello and Angela (James Albrecht) White of Cedar Rapids, IA. She is also survived by her grandson Joshua White, step-grandchildren, Sabrynn Dague & Hannah Albrecht, her brother Joseph Schutz of Woodstock IL, her brother-in-law, Joseph White of Minneapolis, MN along with nieces and nephews.

Maria was preceded in death by her parents, her in-laws, Cyril & Marion White and in laws, Judy and John White and Rosemary Schutz.

Maria had a dream to be an artist and she lived that dream to her fullest. She touched the lives of those around her, painting the world with her joy and encouraging others to pursue their dreams.

Cards, letters and memorials may be mailed to the family in care of Kramer Funeral Home, PO Box 791, Monticello, IA 52310.  A Maria White Family Art Scholarship was established and memorials are preferred.