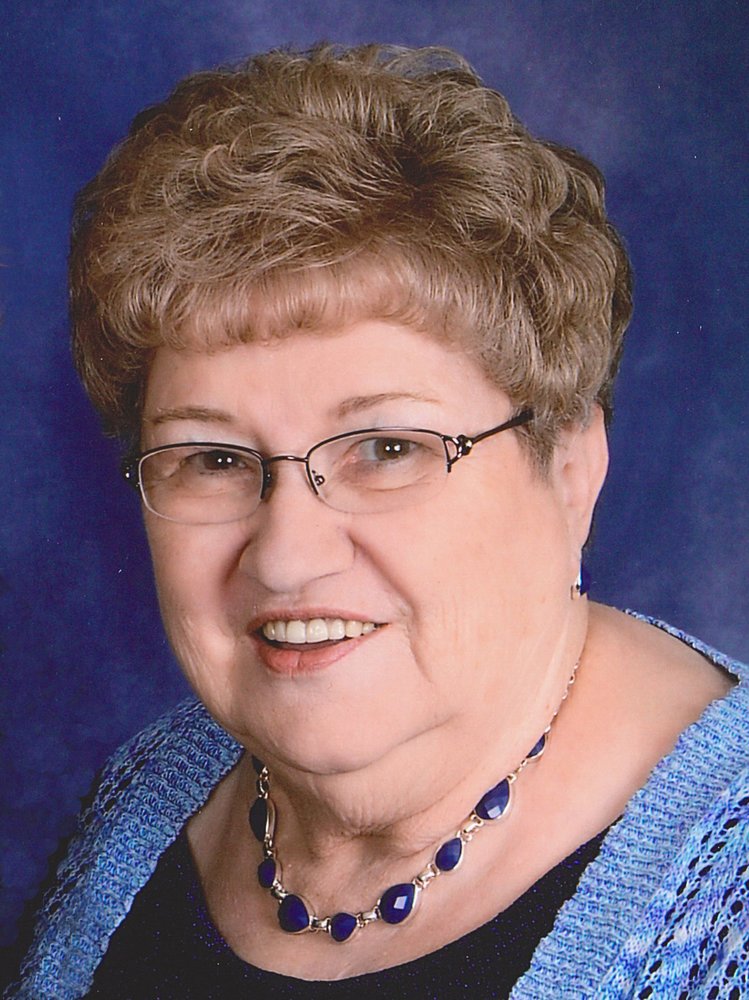 Alice H. Russ, 82, of Hopkinton, died Sunday, February 23, 2020 at the Good Neighbor Home in Manchester, IA. Alice was born March 24, 1937 the daughter of Edward and Magdalena (Theis) Egloff. She met Anthony “Tony” Russ at a Five and Dime Store in Dyersville and they married four years later at St. Francis Xavier Basilica in Dyersville, on April 27, 1960. Their wedding vows were celebrated on her parent’s 45th wedding anniversary. They eventually made their home in Hopkinton, raising their eight children and creating countless memories in the same home for 47 years. Alice will be fondly remembered for her big smile, kind heart, and love of family. She could frequently be found enjoying the front porch swing, catching up on Facebook or talking on the phone with her sisters. She was always happiest with a grandbaby in her arms. Family gatherings were loud and joyous and never complete until Alice brought out a big bowl of candy and cold pop. Alice and Tony loved spending time together gambling at one of the area casinos, visiting family or taking a Sunday drive as an excuse for a twist ice cream cone. Marriage Encounter was an important part of their relationship with the song “I Know I’ll Never Find Another You” perfectly encapsulating their nearly 60 year marriage. Survivors include her husband Tony, eight children: Jim (Sandra) Russ of New Hampton, Julie (Dan) Zewen of Luxemburg, Dennis (Glenda Scicluna) Russ of Temperance, MI, Alan (Kheuakham) Russ of San Jose, CA, Jan Russ of Cedar Rapids, Rick (Lynn) Russ of Marion, Lisa (Steve) Pucelik of Traverse City, MI, Kevin (Kristy) Russ of Cedar Rapids, 23 grandchildren, 5 great- grandchildren, and sister, Rita Russ of Monticello. She was preceded in death by her parents, siblings, Bob Egloff, Lorraine Dunkel, Rosie Vorwald, Clarence Egloff, Alvina Egloff, Mary Kramer and Tony’s siblings, Mary Ann Kern and Nick Russ. A rosary will be prayed at 3:30 pm followed by a vigil and visitation from 4:00 to 8:00 pm Thursday, February 27 at St. Luke Catholic Church, Hopkinton. Visitation resumes from 9:00 to 10:00 am on Friday followed by a Mass of Christian Burial at 10:30 am, burial to follow in the Hopkinton Cemetery. The family is grateful for the Hopkinton Ambulance Service and compassionate care received from the staff at the Good Neighbor Home. We also express deep gratitude for the kindness shown by Sarah and the staff at Above and Beyond Home Health Services.
Thursday
27
February