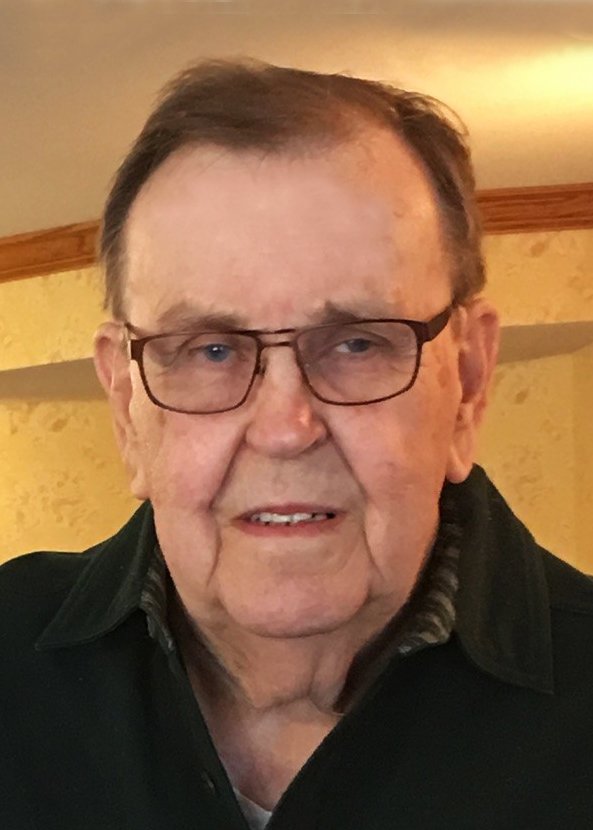 Robert P. Brueckner, 82, of Dyersville passed away Sunday, Feb. 23, 2020, at his residence at the Ellen Kennedy Living Center in Dyersville. Visitation will be held from 3-7 p.m. Wednesday, Feb. 26, 2020, at Kramer Funeral Home, 750 12th Ave SW in Dyersville. Visitation will continue Thursday, Feb. 27, 2020 at Kramer Funeral Home from 9-10 a.m. Funeral services will be held at 10:30 a.m. Thursday, Feb. 27, 2020, at St. Francis Xavier Basilica in Dyersville with burial in the church cemetery where military honors will be accorded by American Legion Post 137. Bob was born March 17, 1937, at the family home in Dyersville, IA, to George and Helen (Koelker) Brueckner. He graduated from Calmar High School, and entered the Air Force in October of 1955. He was an Airman, 2nd. Class, in the Radio Signal Corps, and played trumpet in the Air Force Band. After leaving the military, he attended the University of Iowa. He married Frances Dilley on August 12, 1961, in Marengo, IA (she preceded him in death in 1991). Bob was a member of the American Legion, and the Dyersville Golf & Country Club. He enjoyed golf, bowling, and was a World War II history buff. He loved cheering on his beloved Iowa Hawkeyes and Chicago Cubs. Bob enjoyed working on his football pool entries every week, and participating in trivia games, especially his daily watching of Jeopardy. He is survived by his children: Gretchen (Tye) Starr of Holland, MI, and Rob (Leslie) Brueckner of Johnston; grandchildren: Lauren, Ryan and Ava Brueckner of Johnston; Rachael Starr of Atlanta, GA; brother, William (Linda) Brueckner of Phoenix, AZ; in-laws: Harold (Barbara) Dilley of Greenville, SC, and David (Bettie) Dilley of Eden, NC. Along with Frances, Bob is also preceded in death by his parents, and parents-in-law, Dr. Harold and Marion Dilley. Online condolences may be left for the family at www.kramerfuneral.com
Print
Wednesday
26
February