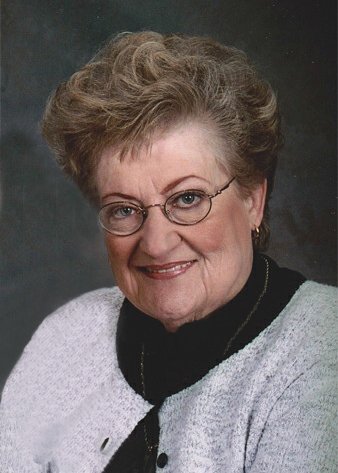 Funeral services will be held at 10:30 a.m. Saturday, Nov. 30, 2019, at Sacred Heart Catholic Church, with burial in the church cemetery.  Rev. Paul Baldwin will officiate and Deacon Jeffrey Sutterman will assist.

She worked as a nurse’s aide for most of her working years. She and Larry settled in Monticello and worked part time at Family Foods and later at Fareway Grocery Stores.  She was a member of Sacred Heart Catholic Church and volunteered for many years.  She enjoyed playing cards with family and friends, and her interior design was second to none.

She was preceded in death by her parents, her first husband, Lawrence, one son, Scott Sutterman in 2011, in-laws: Marian (Larry) Harksen, Patricia Vietti and Bill Nelson.