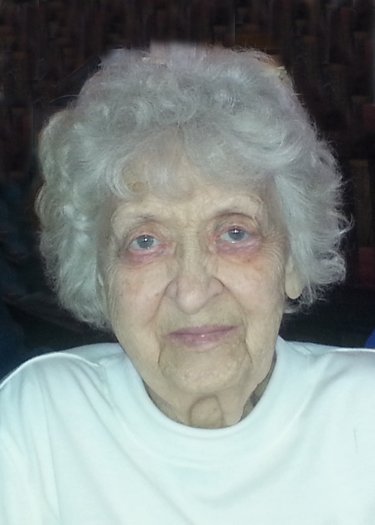 Irene C. Dirks, 89, of rural Center Junction, passed away peacefully in her sleep on Sunday, September 8, 2019, at Pinicon Place Senior Living in Anamosa after complications of a fall.

Visitation will be held from 3 - 7 pm Wednesday, September 11, 2019, at Kramer Funeral Home in Monticello.  Visitation will continue from 10 – 11 am Thursday morning at Wayne Zion Lutheran Church near Monticello prior to funeral services.

Funeral service will be held at 11 am Thursday, September 12, 2019, at Wayne Zion Lutheran Church near Monticello with burial in the church cemetery.  Rev. Wade Reddy will officiate.

Irene was born January 25, 1930 in Earlville, Iowa, the daughter of Harley and Mary (Moorman) Malone.  She and her family moved frequently as she grew up.  One of her first jobs was double entry accounting at Eclipse Lumber in Manchester and went on to several other jobs in the Anamosa area.  She met John Henry Dirks in March of 1950.  Irene worked in Estes Park, CO, when John Henry was drafted into the Army and served in Germany during the Korean War.  She married John Henry Dirks on April 23, 1955, at Immaculate Conception Church in Cedar Rapids.  Together they farmed and milked cows in Jones County.  She also enjoyed working off of the farm as Assistant Postmaster in Center Junction and Scotch Grove.

Surviving are her sons: Colin (Kari) of Coralville, IA and Keith (Jackee) of Center Junction, IA, 5 grandchildren: Ryan (Alyssa) Dirks, of Rockville, MD and Alison (Ryan) Richardson and their daughter, Ava, of Stevens Point, WI, Danelle (Chris) Snyder, and their children, Cole and Sage, of Onslow, IA, Kiel Dirks and his daughter, Aaliyah,  of Monticello and Richelle Dirks and her sons, Nixon and Rowan, of Wyoming; and a sister, Marilyn (Don) Meier of Lowden, IA.

She is preceded in death by her husband, siblings: Reynold Malone, Harley “Bill” (Glenna) Malone, and Beulah (Jim) Seehusen.

Share Your Memory of
Irene
Upload Your Memory View All Memories
Be the first to upload a memory!
Share A Memory
Send Flowers