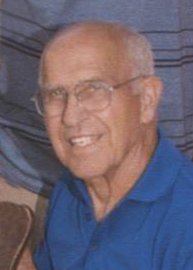 Robert was born January 12, 1938, in Monticello the son of Lawrence and Frances (Kurt) Burlage.  He graduated from St. Mary High School in Cascade with the Class of 1955, and enlisted in the Army, having served in a missile defense battery in Taiwan.  He married Marilyn Rahe on November 27, 1965, in Dyersville, Iowa.  Together they farmed east of Monticello until retirement and moved to town in 2002.

He was preceded in death by his parents, his wife, Marilyn in 2016, parents-in-law, Gerald and Agnes (Tauke) Rahe; siblings: Bill (Jeanne) Burlage and John Burlage; and in-laws: Richard Tallman, Floyd Hignite and Leon Funke.